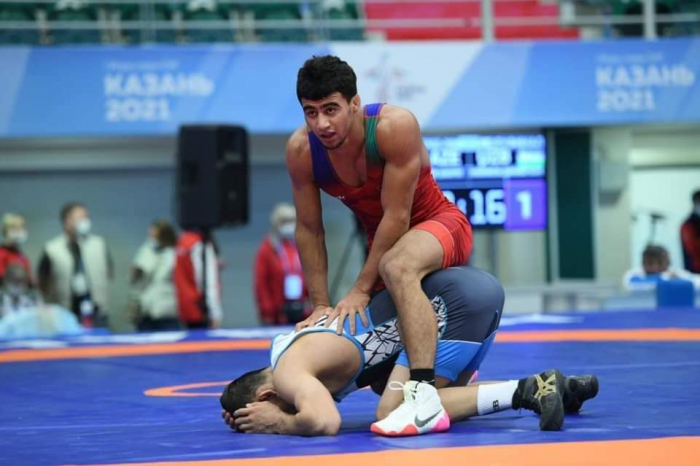 Azerbaijan won the first medal at the 2021 CIS Games, which are being held in Russia’s Kazan city, AzVision.az reports on Sept. 3.

Having gained a victory over Kazakh athlete Iskhar Kurbayev at this stage, the Azerbaijani wrestler will compete in the finals.

During the competition for the gold medal, Guluzade gained a victory over Konaliev for the second time and became the winner of the 2021 CIS Games.

The Azerbaijani team has been represented in 13 kinds of sports in the Games, which will last until September 11. Azerbaijani athletes are competing in sports such as badminton, basketball, boxing, judo, mini-football, table tennis, trap and bullet shooting, karate, belt wrestling, freestyle and Greco-Roman wrestling, etc.