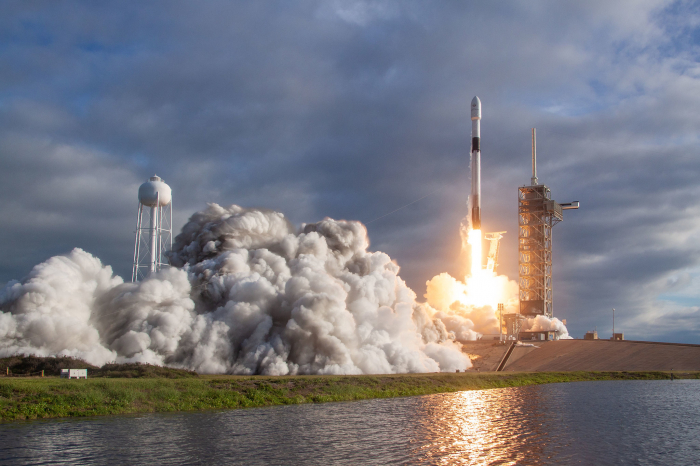 Supply chains have been wreaking havoc across the industrial world. The complex web that holds the world's economies together has been fraying at the edges, resulting in some unexpected shortages, such as a lack of rental cars in Alaska and a lack of Lunchables at the author's local grocery store.

Now there's a supply shortage that directly ties to the pandemic that is starting to affect the space launch industry – oxygen.

It's common knowledge at this point that liquid oxygen (LOX) is an important tool for combating severe symptoms of COVID-19. Most patients admitted to the hospital with the virus need oxygen directly pumped into the lungs, usually supplied by LOX suppliers such as AirGas or other commercial gas companies.

Chilled oxygen is a necessary propellant chemical for all the leading launch firms, including SpaceX, Virgin Orbit, and ULA. But it's becoming harder and harder to obtain the liquid form of the most abundant element in the Earth's crust.

That's in no small part because the same process used to create oxygen for rocket fuel can also create oxygen used for COVID patients. And as Richard Craig, the vice president of technical and regulatory affairs for the Compressed Gas Association, put it: "People come first."

Even avid space exploration fans wouldn't disagree with that logic. But the spike in COVID cases over the summer is starting to tax the supply chain for oxygen.

It got to the point that both Gwynne Shotwell, SpaceX's President, and Elon Musk, its CEO, spoke out about the potential impact a lack of oxygen could have on their flight schedule. Shotwell went so far as to directly askconference-goers at the 36th Space Symposium to "send [her] an email" if they happen to have any liquid oxygen to spare.

She will be hard-pressed to find any in the home state of some of SpaceX's launches. Florida is one of the hardest-hit states in the current resurgence of the pandemic.

LOX normally isn't transported over far distances – most is created about 200-300 miles (322-483 kilometers) from where it is distributed. It is possible to transport the liquid further. However, another confounding factor impacts the intricate LOX supply chain – truck drivers.

LOX is highly flammable and explosive, so drivers that ferry it between production and consumption sites such as rocket pads have to be even more highly trained than a standard commercial truck driver. Right now, there is a shortage of commercial truckers of all stripes and a particular shortage of those qualified to haul liquid oxygen.

While some suppliers are, in fact, able to ship oxygen supplies farther than their usual customer base, that takes up valuable time from the truckers who would otherwise be able to deliver it to closer locations.

Those drivers aren't only responsible for delivering oxygen, though.

Other components for rocket launches, such as liquid nitrogen, are also carried by highly qualified drivers. This causes supply chain restrictions from the other side as well.

In fact, NASA had to delay a rocket launch of an Earth-surveillance satellite by a week due to a lack of liquid nitrogen ULA uses to test the rocket before launch. But the liquid nitrogen was itself a casualty of the oxygen shortage, according to a statement from NASA: "Current pandemic demands for medical liquid oxygen have impacted the delivery of the needed liquid nitrogen supply to Vandenberg."

This surely will not be the last scheduling casualty of this growing supply chain problem.

SpaceX hopes to surpass their total of 26 launches from last year and are well on their way to doing so. But their timeline, and all other launch providers' timelines, might be impacted by this supply chain disruption.

This is just another reason to hope for a swift end to the pandemic for space exploration enthusiasts.