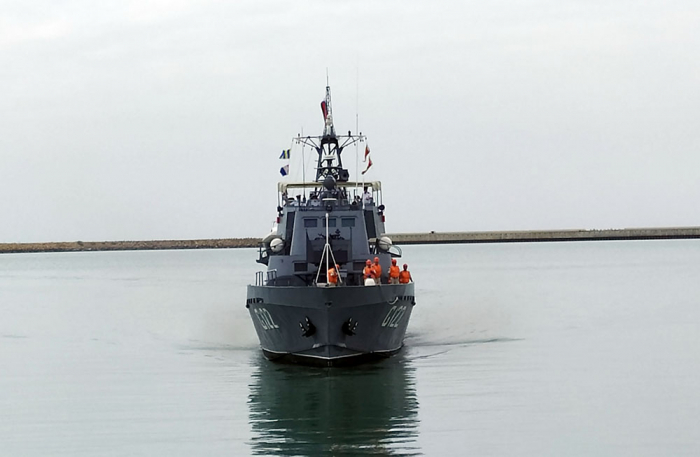 The military servicemen of the Azerbaijani Naval Forces, who took part in the "Sea Cup" contest as part of the "International Army Games - 2021", have returned to Baku, the Defense Ministry told AzVision.az.

A welcoming ceremony was held for the Azerbaijani military seamen on September 6.

It should be noted that the Azerbaijani team, participating in the contest with the patrol ships G-122 and G-124 of the Naval Forces, took third place.