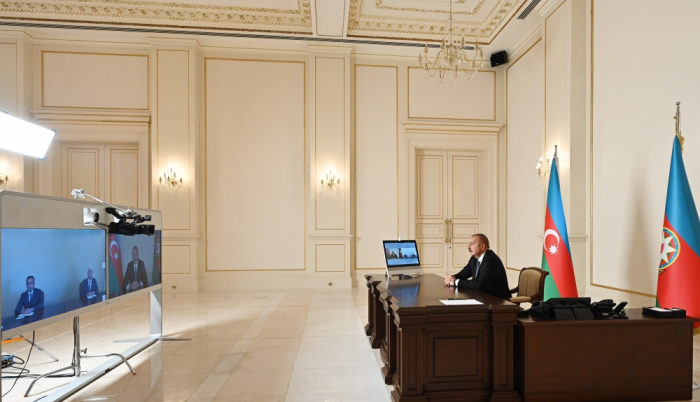 “Great work has been done in the area of social infrastructure. About 120 schools have been built or renovated in both districts. Two large hospitals have been built – for 190 and 145 patients. In addition, a Medical Diagnostic Center has been built in Jalilabad. Two large Olympic Sports Complexes have been commissioned. In other words, the implementation of social and infrastructure projects is obvious. Of course, this creates groundwork for the successful development of the districts,” said President Ilham Aliyev as he received in a video format heads of executive authority appointed to Jalilabad and Shamkir districts.

“If these initial steps had not been taken, there would be no development of the districts. All this work has been done at the expense of the state budget and on my instructions, within the framework of the State Programs on the Socioeconomic Development of the Regions, which was approved by me,” the head of state noted.