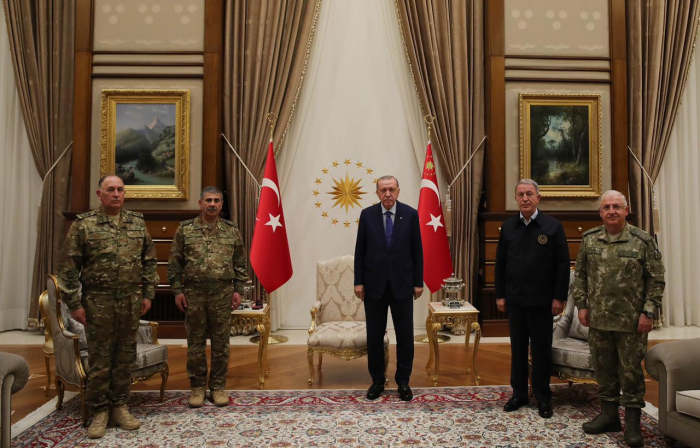 The meeting was also attended by Turkish Minister of National Defense Hulusi Akar and Chief of the General Staff Yasar Guler.