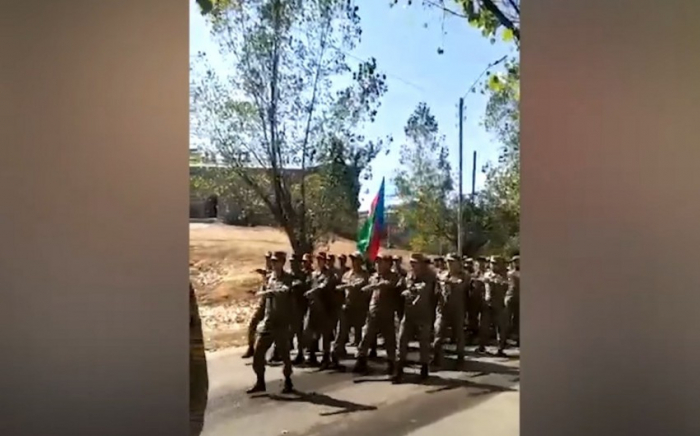 The military servicemen accompanied by the orchestra marched in Shusha city commemorating the 103rd anniversary of the liberation of Baku from the occupation of Armenian-Bolshevik forces, AzVison.az reports.