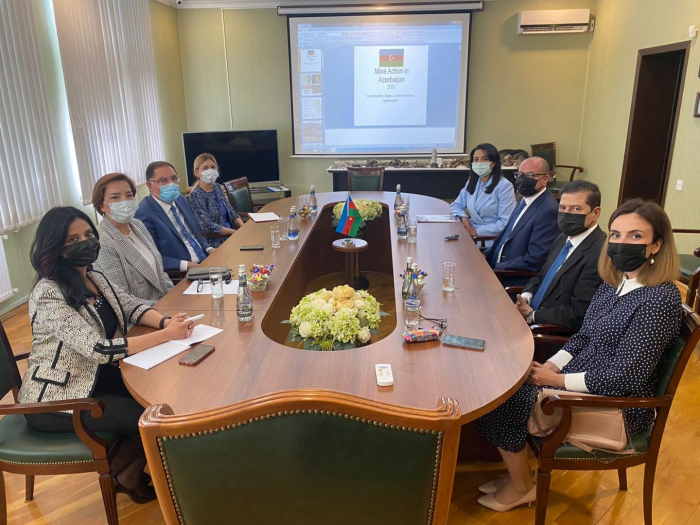 The guests met with ANAMA Chairman Vugar Suleymanov and discussed the joint fact-finding mission to be carried out in the liberated territories of Azerbaijan and the monitoring of acts of vandalism against cultural and historical monuments.

During the meeting, the ANAMA Chairman has noted that despite the fact that a long time has passed since the signing of the trilateral statement, Armenia has not taken systematic steps to submit mine maps.

It was noted also that the non-submission of mine maps poses a serious threat to human life and health, as well as hinders the implementation of state-important projects in the field of reconstruction in our liberated territories.

It should be noted that the delegation will visit the occupied territories as part of the fact-finding mission.