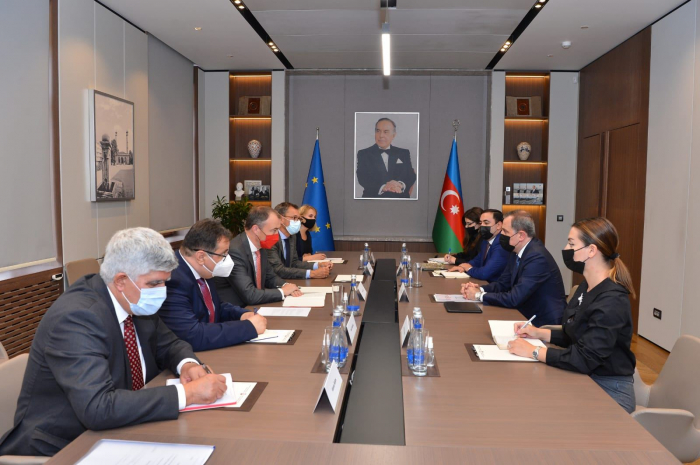 During the meeting, the parties exchanged views on the current situation in the region, including the delimitation of the state border, the opening of communications, infrastructure projects, and other issues.

Informing the opposite side about the implementation of the trilateral statements, Minister Jeyhun Bayramov in this context stressed the inadmissibility of Armenia's actions serving to aggravate the situation, its groundless claims and reservations.

The Special Representative, recalling that the EU stands for peace, development and prosperity in the region, noted that the European Union is ready to provide appropriate support for this.

The parties also discussed issues in connection with bilateral cooperation, negotiations on a new agreement between Azerbaijan and the EU, as well as opportunities for economic cooperation.