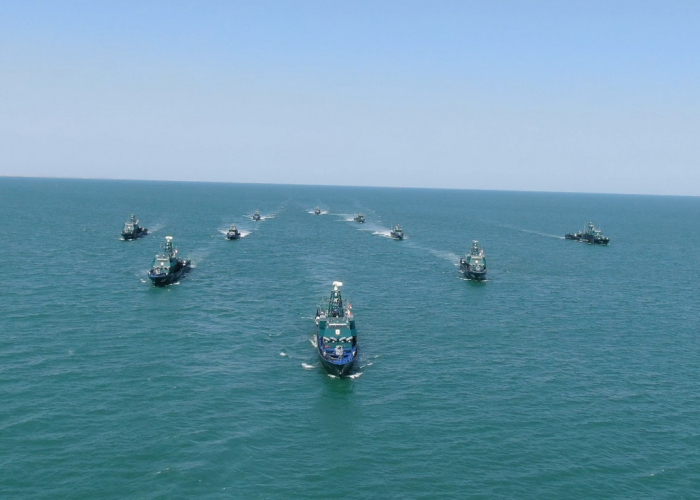 During the exercise, tasks were performed to neutralize sabotage groups by the border service units, ensure security at sea and suppress sabotage and terrorist acts against the maritime infrastructure of Azerbaijan.

The exercises were conducted on seven tactical episodes in three stages, and their objectives were successfully accomplished.

During the maneuvers, combat firing was successfully carried out from the missile systems of the coast guard patrol ships and anti-aircraft missile systems, the tasks of identifying the components of weapons of mass destruction, the destruction of an unmanned aerial vehicle, and underwater sabotage groups were completed with high accuracy.

Chief of the State Border Service, Colonel-General Elchin Guliyev congratulated the staff on the successful completion of the exercises and the high results and gave instructions to improve the capabilities of the coast guard and increase the professionalism of personnel.