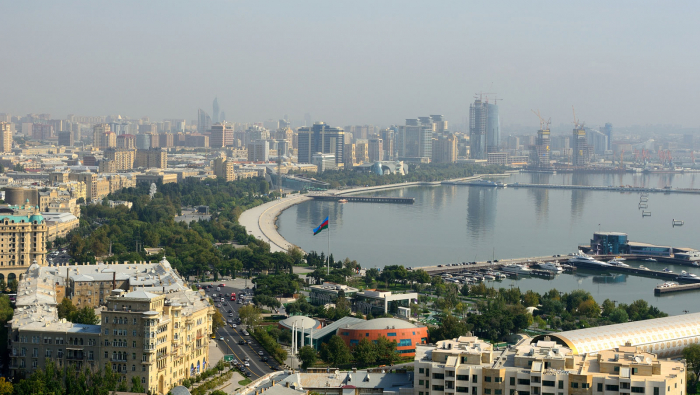 Azerbaijan is a country with a rich and diverse cultural history. The sheer breadth of the country’s cultural delights, from its cuisine to its traditional crafts; its natural beauty and architectural wonders; to its music and arts, can make it difficult for first-time visitors to know where to begin.

A feast for the eyes

Azerbaijan is a visually striking place, where the country’s past and present blend to create some truly memorable vistas. The capital Baku, for example, lies on the shores of the Caspian sea and is home to UNESCO World Heritage Sites - the Palace of the Shirvanahs and the Maiden Tower. Alongside are modern architectural marvels such as the Flame Tower complex (which lights-up at night to resemble fire), the flowing curves of the Heydar Aliyev Center and the incredible national Carpet Museum, built in the shape of a rolled-up rug.

Not far outside the city, one of Azerbaijan’s most visited natural sites, Yanar Dag (Fire Mountain) burns continuously, fed by the natural gas deposits which lie below the mountain’s surface. The spectacle has entranced onlookers for centuries, with 13th Century explorer Marco Polo being among those to write about it.

A taste of Azerbaijan

The cuisine of Azerbaijan creates a truly varied selection of national dishes.

Other regional favourites are Piti (a slow cooked lamb stew), Kufta Bozbash (a meatball soup with potatoes and peas) and Baku’s favourite street food Baliq, a grilled kebab of marinated fish, often served with lemon or a sour plum sauce. Further culinary delights on offer include Dovga, a yoghurt soup that can be eaten either hot or cold and Qutab, flatbreads which resemble savoury pancakes filled with either meat, cheese or spinach.

Finally, if food-lovers visit Azerbaijan’s Goychay region in October/November, they may be lucky enough to experience Nar Bayrami, an annual festival celebrating the pomegranate, its uses and its symbolic importance (representing love and abundance) to the local people.

The stories and the songs

In Azerbaijan, music, dancing, poetry and colourful storytelling are embedded in the local culture. Some traditional forms of performance have roots that stretch thousands of years back in time.

The best-known type of music is the Mugham, which features a male or female singer accompanied by musicians playing local instruments, such as the tar (a long-neck lute), kamancha (a four-string spiked fiddle) and the daf (a type of large tambourine). While the Mugham draws upon traditional bard melodies and rhythms, passed down from generation to generation, the musicians mostly improvise to produce a unique performance each time they play. UNESCO has included the Mugham as part of Azerbaijan’s ‘Intangible Cultural Heritage List’.

Dancing generally goes hand-in-hand with music in Azerbaijan, with much of the choreography telling stories from the country’s history, from beautiful and graceful wedding dances to forms of dance based on high-speed martial arts.

Theatre-lovers should note that March 10 is known as the Day of Theatre in Azerbaijan, celebrating the country’s 20+ state theatres, including several drama theatres, the State Puppet Theatre, State Pantomime Theatre and Marionette Theatre.

Azerbaijan has a long history of creating beautiful textiles, with particular strengths in the production of headscarves and carpets.

Rooted in traditions of the Great Silk Road, the practice of making and wearing headscarves (known as Kelaghayi and included in UNESCO’s Intangible Cultural Heritage List) is an expression of cultural identity, with each family producing its own styles and patterns of decoration. The various stages of Kelaghayi making include fabric weaving, dyeing and woodblock decoration, with the colours and patterns often containing symbolic meaning.

Likewise, carpet and rug making is a family tradition in Azerbaijan, with skills and techniques passed down orally and through practice. It can take many months to produce one beautiful hand-made carpet, from the shearing of the sheep to the day when the finished carpet is cut from the loom.

In 2021, a new generation of Azerbaijani fashion designers are drawing on the country’s traditional skills in textiles to produce ranges of contemporary clothing that are exported across the globe.

With its rich cultural heritage, modern Azerbaijan honours its past while embracing its future, to create a wide range of genuinely unique and unforgettable visitor experiences.” 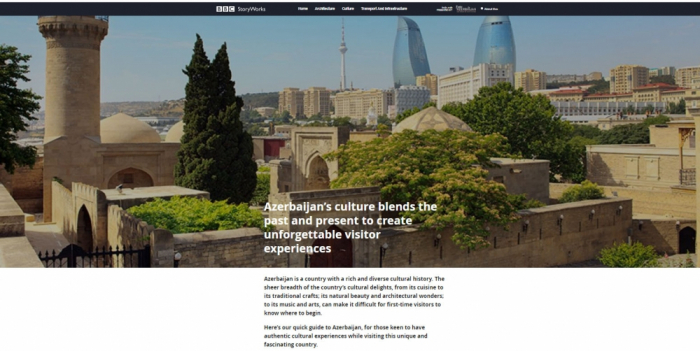