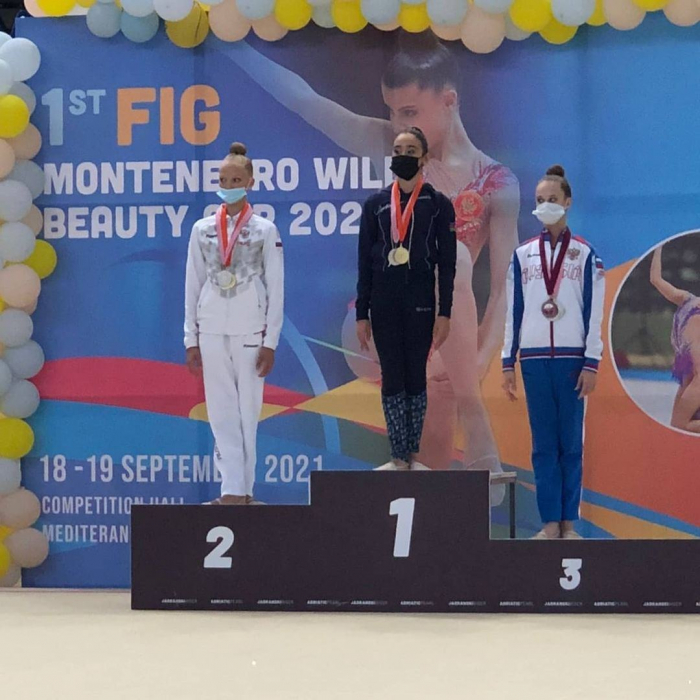 Besides, Seyidzade won another bronze medal together with Alina Gozalova in the team competition. Gozalova took third place for the composition with the ball.

Azerbaijani gymnast Fakhriya Aliyeva, who took part in the tournament, showed her best result in the exercise with the ball, thus having taken the fifth position.