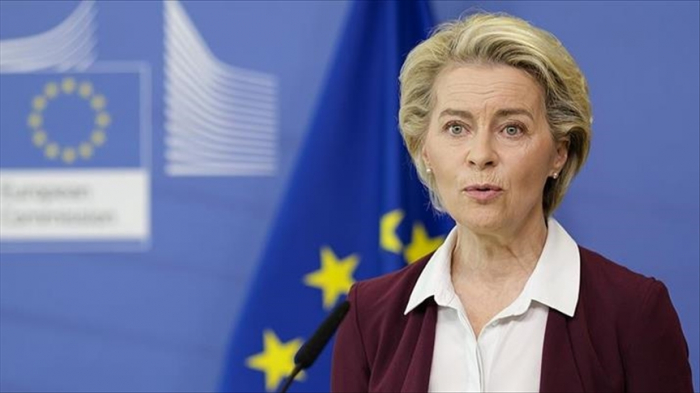 The way France has been treated in light of the recent security pact between the US, UK, and Australia is “not acceptable,” the president of the European Commission said on Monday, AzVision.az reports citing Anadolu Agency.

Speaking to CNN’s Christiane Amanpour ahead of the UN General Assembly session, Ursula von der Leyen said an EU member state “has been treated in a way that is not acceptable and a lot of open questions about the AUKUS deal have to be answered.”

She was referring to the multibillion-dollar submarine deal between France and Australia that the latter suddenly canceled after the new Indo-Pacific security deal was unveiled by US President Joe Biden, UK Prime Minister Boris Johnson, and Australia’s Prime Minister Scott Morrison last week.

Canberra said it would build nuclear-powered submarines with its partners from the AUKUS alliance instead of purchasing them from Paris.

France has described the deal as a “stab in the back” and recalled its ambassadors from Canberra and Washington for consultations.

“We want to know what happened and why. Therefore, you first clarify that before keep on going with business as usual,” von der Leyen said.

At the same time, she stressed the importance of maintaining a good relationship between the world powers because they have “many important topics on our global agenda where we are working side by side,” such as the fight against the COVID-19 pandemic and climate change.

She also vowed to not let China exploit divisions between the partners over the canceled submarine deal.