Putin's potential participation in G20 summit to depend on COVID situation: Kremlin 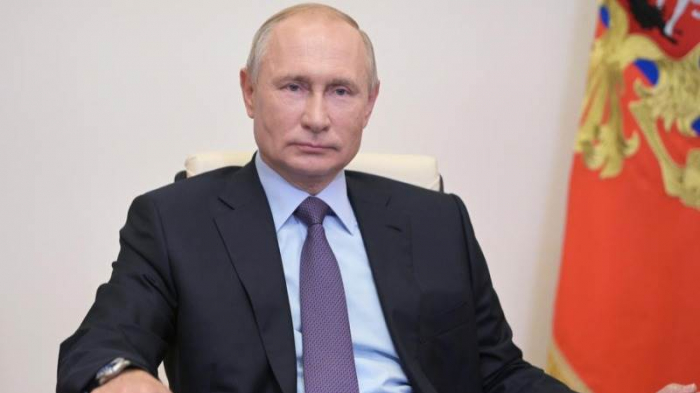 No decision has been made yet on Russian President Vladimir Putin's in-person participation in the upcoming G20 summit in Rome, it will depend on the coronavirus situation in Russia and Italy, Kremlin Spokesman Dmitry Peskov told reporters on Thursday, AzVision.az reports citing TASS.

"No decision has been made yet," he said. "These days, such decisions are made closer to the date of an event. Everything will depend on a number of factors. We don't know how the [coronavirus] situation will unfold here and in Italy," Peskov pointed out. "Undoubtedly, it is a very important event, we are looking forward to it and making preparations, but there is no decision yet," the Kremlin spokesman added.

The G20 summit is set to take place in the Italian capital of Rome on October 30-31. Italy, which holds the G20 Presidency, also plans to organize a special G20 summit on Afghanistan.

Italian Prime Minister Mario Draghi and the Russian head of state held a phone call on Wednesday, focusing on the situation in Afghanistan and the G20 summit preparations. Peskov earlier did not rule out that Putin could participate in a summit on Afghanistan if it eventually took place. Italy announced that such a gathering could be held after the UN General Assembly’s 76th session. The meeting is most likely going to be held online.