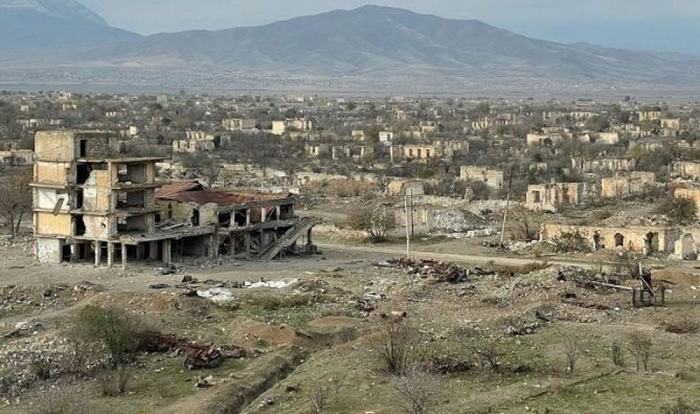 The acts of Armenian vandalism in the liberated territories of Azerbaijan will be documented by international experts based on photo facts and video materials, and this information will be sent to the relevant organizations in a report, Head of the Office of the Azerbaijani Ombudsman Aydin Safikhanli told Trend.

Experts of the Independent Permanent Commission on Human Rights of the Organization of Islamic Cooperation (OIC) are on their second day's visit to Azerbaijan.

"The main purpose of this visit is to see the consequences of the crimes committed by the Armenian occupiers in the liberated territories firsthand, and to see the facts on the spot,” Safikhanli said.

A mission to investigate the facts of Armenian crimes on the Azerbaijani territories during the Armenian occupation began today. The delegation visited Aghdam, where experts witnessed Armenian religious vandalism.

The delegation prayed at the Aghdam Juma Mosque. The guests also visited the mausoleum of Panakhali Khan. The members of the delegation called the destruction seen there as acts of vandalism. All this will be documented by experts on the basis of photo facts and video materials, and then sent in the form of a report to international organizations.

The next trip will be made to other regions of Azerbaijan that have suffered from war. The delegation in Tartar and Ganja will meet the eyewitnesses of the events that took place there, see the consequences of the destruction on the spot, Safikhanli said.

On September 24, a delegation of five representatives of the Independent Permanent Commission on Human Rights of the Organization of Islamic Cooperation (OIC) started its visit to Aghdam. The members of the delegation were first got acquainted with the situation in Aghdam and then, later on, will go to Tartar and Ganja.