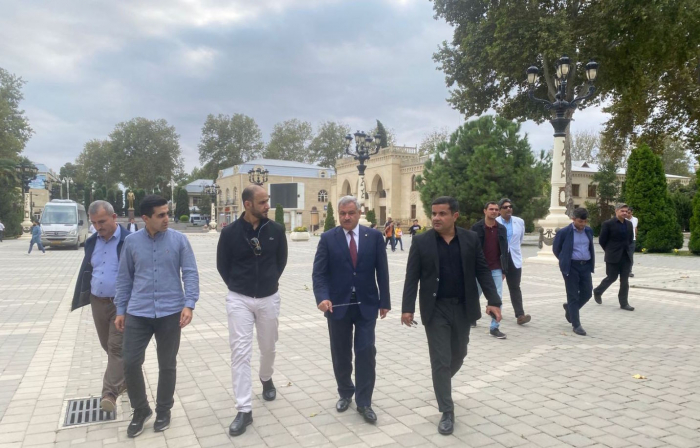 An international delegation of experts led by the chairman of the Independent Permanent Human Rights Commission of the Organization of Islamic Cooperation (OIC) visited Azerbaijan’s Tartar city liberated from the Armenian occupation, AzVision.az reports citing Trend.

Head of the executive power of Tartar district Mustagim Mammadov informed the guests about the Armenians’ missile attacks on Azerbaijan’s villages and settlements, including the city center, where civilians live, during the 44-day second Armenia-Azerbaijan Karabakh war.

The head of the executive power showed the guests fragments of missiles and various ammunition fired at the Azerbaijani settlements.

Earlier, a delegation of experts from the OIC Independent Permanent Human Rights Commission, who is in Azerbaijan at the invitation of Azerbaijani Commissioner for Human Rights (Ombudsman) Sabina Aliyeva, visited Aghdam district.

The delegation held the monitoring on the Azerbaijani lands liberated from the Armenian occupation and subjected to the missile attacks to collect evidence, prepare a report in this regard and send it to the international organizations.