Iran against any occupation and aggression – Iranian Ambassador 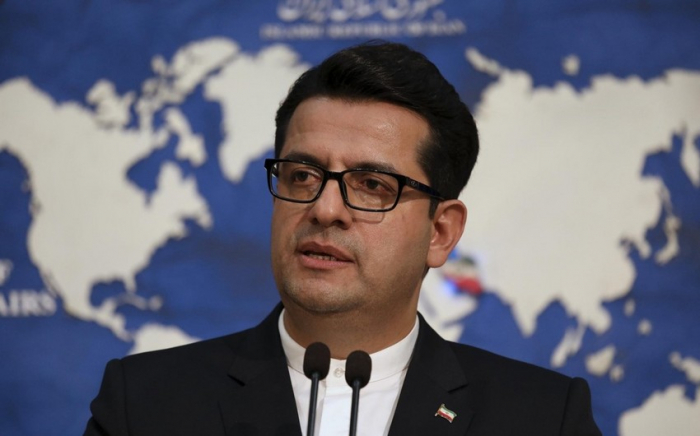 Iran has 15 neighboring countries, and Armenia is one of them, so naturally, there are trade relations, but Iran opposes and condemns any separatism, occupation and aggression, Iranian Ambassador to Azerbaijan Seyed Abbas Mousavi told reporters, AzVision.az reports referring to the Iranian Embassy in Azerbaijan.

“Iran's macro policies are determined by Supreme Leader of Iran Ayatollah Seyyed Ali Khamenei. He is both Iran's supreme commander and political leader. Last year, Iran's Supreme Leader openly stated that Azerbaijan's territorial integrity must be protected, treated with respect, and all territories occupied by Armenia must be returned to Azerbaijan. Iran believes that the entire territory of Azerbaijan should be returned to Azerbaijan. Of course, it is better to make it so in a peaceful way,” the ambassador noted.

Mousavi added that the relations between Iran and Azerbaijan are so strong that no attempts made to damage them, can succeed.

"Both Iranian and Azerbaijani officials know that these relations have enemies. Recently, two meetings were held with Hikmat Hajiyev, Assistant to the President of the Republic of Azerbaijan, Head of Foreign Policy Affairs Department of the Presidential Administration, and various political, economic and cultural relations were discussed," the ambassador reminded.

Mousavi stressed that Iran is the first country to welcome the proposal of Azerbaijani President Ilham Aliyev for a six-party regional cooperation platform (a "3+3" platform of Russia, Iran and Turkey, plus 3 Caucasus countries - Azerbaijan, Georgia and Armenia) and considers it in favor of all countries in the region.

“The priority of the new Iranian government is to further develop relations with neighboring countries. I am sure Iran's relations with Azerbaijan will continue to develop and grow,” he said.