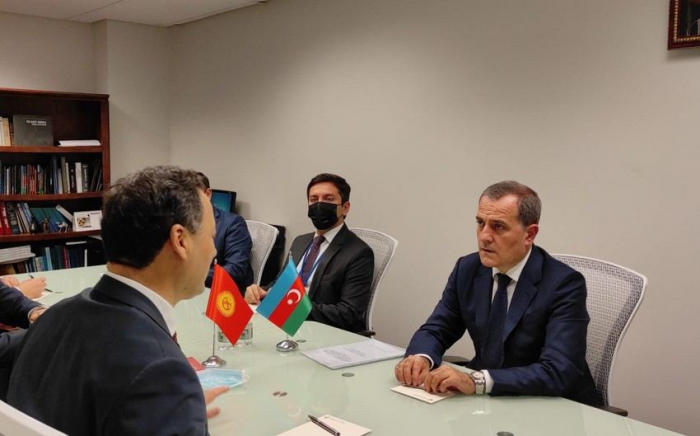 The parties at the meeting noted the successful development of ties in bilateral and multilateral formats, exchanged views on the prospects for their expansion.

They also expressed mutual satisfaction with the expansion of the bilateral legal framework, the strengthening of cooperation in the political, economic, humanitarian, scientific and educational, tourism, agricultural, cultural and other spheres.

In addition, it was emphasized that fruitful cooperation is being carried out within the framework of international organizations.

The parties discussed current issues on the international agenda, including the situation in the regions.

Bayramov also informed his Kyrgyz counterpart about the situation in the liberated territories.

Kazakbayev asked Bayramov to convey to the head of the Azerbaijani state a congratulatory letter from the President of Kyrgyzstan on the occasion of the 30th anniversary of the establishment of diplomatic relations between the two countries.

At the meeting, the parties discussed other issues of mutual interest, including issues of regional and international security.