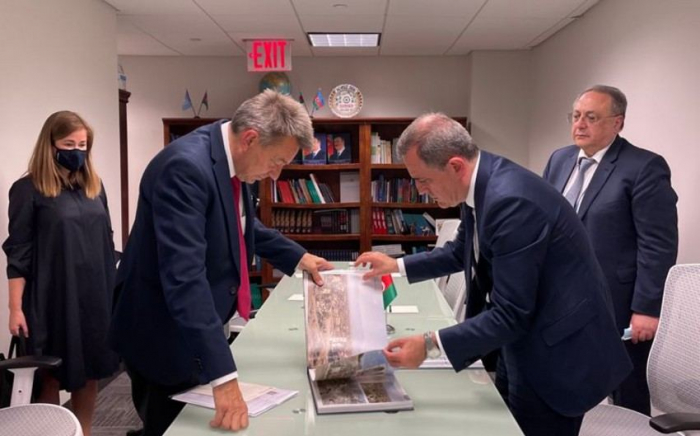 On September 24, 2021, Azerbaijani Foreign Minister Jeyhun Bayramov, within the framework of the 76th session of the UN General Assembly, met with the President of the International Committee of the Red Cross Peter Maurer.

The parties discussed the current state and prospects for the development of relations, expressed their hope for the further development of successful cooperation.

The minister informed the interlocutor about the current situation in the region, including about the existing mine threat, as well as about the restoration work being carried out in the territories liberated from the occupation.

The ICRC President, thanking the Azerbaijani Foreign Minister for the information provided, spoke about the work carried out in this context by the structure he represents. He stressed that cooperation in the humanitarian sphere and the implementation of projects in the region will continue.

During the meeting, an exchange of views was also held regarding humanitarian activities in general.