Pakistan Monument lit in colours of National Flag of Azerbaijan 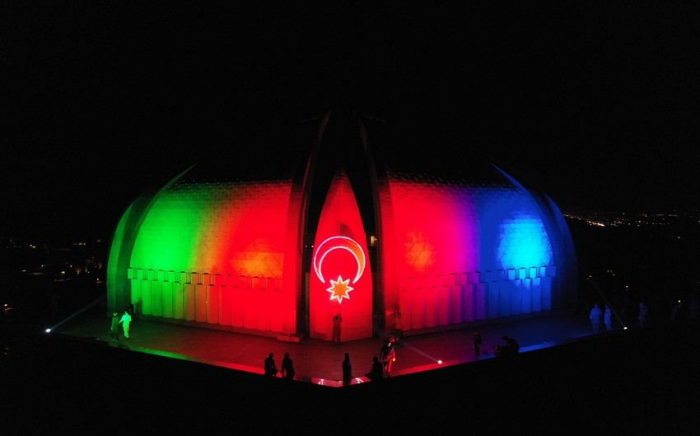 The Pakistan Monument, a symbol of Islamabad, the capital of the Islamic Republic of Pakistan, has been illuminated with a special design on September 27 - Remembrance Day, AzVision.az reports citing the Azerbaijani Embassy in Pakistan.