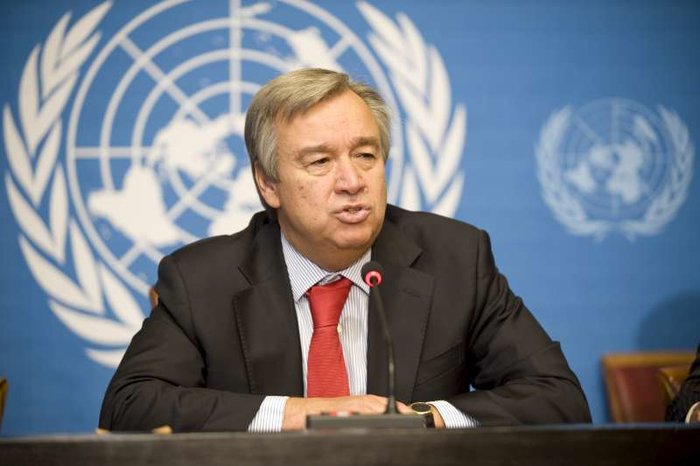 UN Secretary-General Antonio Guterres hopes that the dialogue between the two countries will continue after the meeting of the Foreign Ministers of Azerbaijan and Armenia within the 76th session of the UN General Assembly, AzVision.az reports citing the Secretary General's Office.

The Secretary-General welcomes the statement by the Co‑Chairs of the OSCE (Organization for Security and Cooperation in Europe) Minsk Group of 24 September 2021 on the joint meeting of the Foreign Ministers of Armenia and Azerbaijan that took place under their auspices on the sidelines of the United Nations General Assembly.

One year after the hostilities in and around Nagorno‑Karabakh, the Secretary‑General is encouraged by the resumption of direct engagement at the level of the Foreign Ministers and hopes that such efforts will continue as part of a broader dialogue to resolve outstanding issues and reach a lasting peaceful settlement.

The Secretary-General reiterates his full support to the efforts of the OSCE Minsk Group Co‑Chairs and the Personal Representative of the OSCE Chairmanship‑in‑Office to that end. He urges all concerned to focus their attention on advancing peace and cooperation at all levels for the benefit of the people in the region. The United Nations stands ready to support such efforts through its ongoing humanitarian, recovery, development and peacebuilding work on the ground.