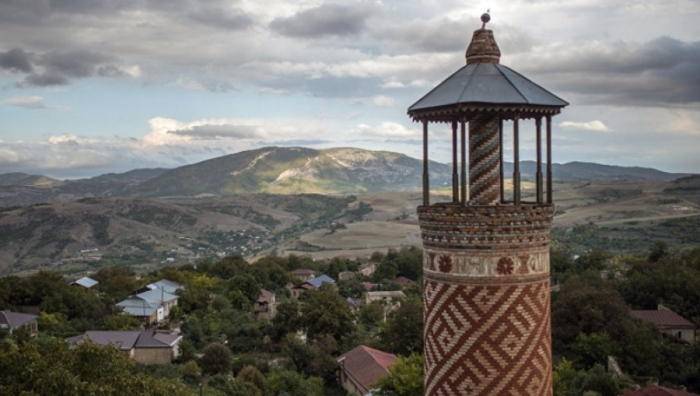 On July 7, Azerbaijani President Ilham Aliyev signed a decree on the new division of economic regions in Azerbaijan. According to the decree, the number of economic regions increased from 11 to 14. The capital of the country has been allocated to a separate economic region, and the new Karabakh and East Zangazur were created. The Karabakh economic region covers Khankandi city, Aghjabadi, Aghdam, Barda, Fuzuli, Khojali, Khojavand, Susha and Tartar regions. In the document regarding the new Karabakh region, it was noted that it is important to create this region to ensure the restoration and rapid development of the ancient Karabakh region, which has a rich historical and cultural heritage and charming nature.

The other, newly created, Eastern Zangazur region includes the liberated Jabrayil, Kalbajar, Gubadli, Lachin, and Zangilan regions. Districts of this new region are located in the eastern part of the Zangezur plateau, surrounded by the Zangezur mountain range and covering a vast territory from Lachin and Kalbajar to Nakhchivan, on the border with Armenia, were historically located in the same geographic area. For many years, they were part of the Zangezur district, created in 1861, and were connected by traditional socio-economic, historical, and cultural ties, which necessitated the need to unite them in one economic region.

There is no doubt that the realization of the economic opportunities in the liberated territories after the restoration will significantly affect the economy of Azerbaijan. Because of the occupation, nearly 7000 establishments in Karabakh were closed, which were providing 24% of the grain revenues, 41% of liqueur production, 46% of the potato growth, 18% of the meat production and 34% of the milk production of the economy of Azerbaijan. The previously occupied lands also possess various rich deposits of mineral resources such as gold, copper, mercury, chromite, and lead-zinc, which were illegally exploited by Armenia during the occupation.

Restoration of these production capacities will substantially contribute to the development of different economic sectors, especially agriculture. According to preliminary estimates, the newly created East Zangezur economic region alone will be able to form about 4% of the Azerbaijani economy in the coming years as it has great opportunities in sectors such as industry, agriculture, livestock, and tourism. Although during the occupation, the region’s share of the total GDP of Azerbaijan fell to 0.1%, in the near future it will be possible to produce about $1.76 billion of agricultural and industrial products in the Jabrayil, Kalbajar, Gubadli, Lachin, and Zangilan districts.

Liberated territories also have a substantial renewable, especially hydro energy potential. About 2,56 billion cubic meters of water, or 25% of Azerbaijan’s local water resources, are formed in Karabakh, which creates opportunities for the establishment of hydro power plants (HPP). During the 44 Days War, Azerbaijan gained control over the 30 HPPs which were operated using the mentioned water resources and destroyed by Armenian occupiers. Many of these power plants have been restored, and restoration work is continuing on others. Karabakh also has a considerable solar and wind energy potential. According to the preliminary estimates of the International Renewable Energy Agency, the liberated areas have more than 4,000 megawatts of solar and up to 500 megawatts of wind energy potential. The Kalbajar and Lachin regions have large wind energy potential, whereas the Zangilan, Jabrayil, and Fizuli regions are rich with solar energy potential.

For the realization of the economic potential of liberated territories, it is also necessary to have a sustainable transport infrastructure. Therefore, one of the main directions of the restoration program for the liberated territories is the establishment of a comprehensive transport infrastructure. The Fuzuli International Airport, the first airport in Karabakh, has already been built and test flights have been carried out. The runway of this airport spans 3,000 meters in length and 60 meters in width. Foundations for the other two international airports in the Zengilan and Lachin districts of Karabakh were also laid. Along with airports, Azerbaijan has also commenced work on restoring and expanding the network of local highways and railroads in liberated territories. Some highways have already been put into operation. These roads will enable access to Karabakh from the northern, eastern, and southern directions, transforming it into the transportation hub in the region.

All the mentioned economic capabilities of the liberated territories in agriculture, energy, transport, and other sectors demonstrate that their realization and effective management through the new division of the economic regions will significantly contribute to the economic development of Karabakh and the Azerbaijan economy. Hence, one of the main goals of the restoration of Karabakh is to bring its share in the Azerbaijani economy back to pre-occupation levels. The economic development of the Karabakh and East Zangazur economic regions and their access to the international north-south and east-west transport corridors, as well as the Zangezur corridor, will also transform Karabakh into the economic driver of the entire South Caucasus. As an economic driver, it will become the symbol of regional cooperation instead of the region of the conflict as it was during the Armenian occupation.