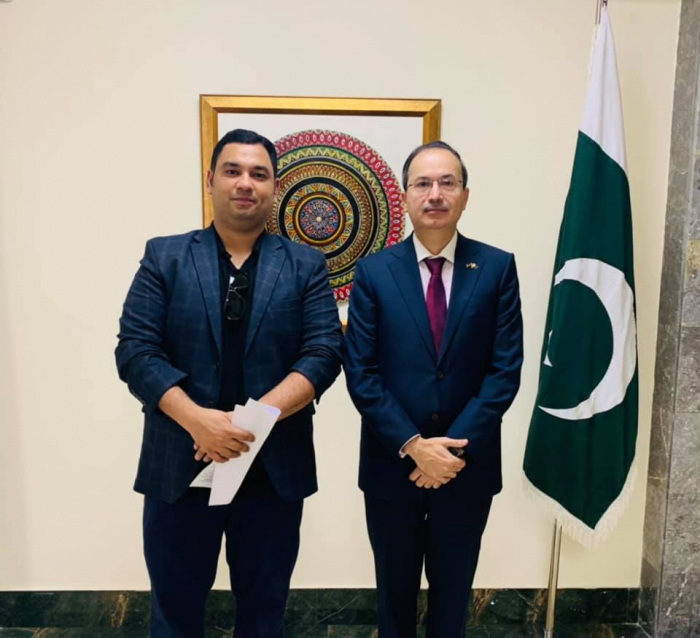 The people of Pakistan and the government of Pakistan stand side by side with their brother country Azerbaijan and all the sacrifices during the 44 days war will always be remembered and all those martyrs are our heroes, well-known Pakistani journalist Muhammad Tayyab Chauhdary told AzVision.az.

“A Parliamentary delegation led by Mr. Asad Qaiser also visited Azerbaijan. Pakistan is committed to rebuilding the liberated areas of its brother country Azerbaijan and many Pakistani companies intend to invest in Karabakh. In this regard, I spoke to the Speaker of the National Assembly of Pakistan Mr. Asad Qaiser in an interview in which he assured me that he will take all necessary steps to assure and encourage the investment of all these companies. I must say that under the leadership of the Prime Minister of Pakistan, Mr. Imran Khan, the ties between the two countries have been strengthened. Joint military exercises between Pakistan, Azerbaijan and Turkey echo the slogan "One nation, three states",” the journalist said.

“I have been in Azerbaijan for many years. Azerbaijan is my second home, I have received immense love and respect from the people here. All Azerbaijanis are our brothers and we Pakistanis also respect them immensely,” he added.