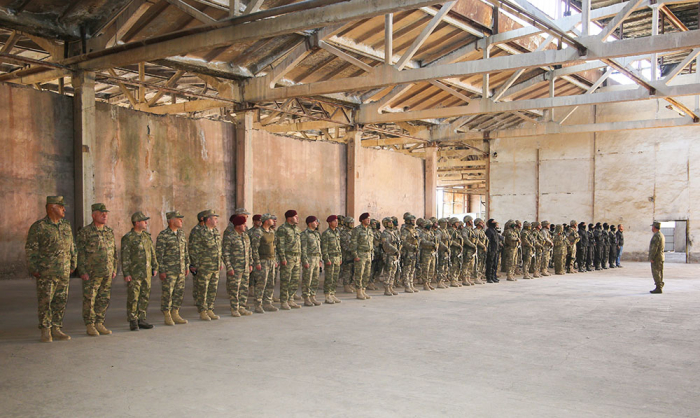 During the acquaintance with the plan of tactical-special exercises, it was noted that the main focus was on improving the skills of personnel to conduct counter-terrorism operations in buildings, set free prisoners and hostages.

According to the scenario of the exercises, members of the provocative sabotage group of the imaginary enemy hid in an abandoned high-rise building, capturing several civilians, in order to create panic among the population.

Special forces, tasked with neutralizing terrorists and setting free the captured civilians, are entering the building at the same time with helicopters and armored vehicles.
The serviceman, who was wounded during the counter-terrorist operations, is provided with the first medical aid and the wounded are being evacuated by helicopter.

Preventing the provocation of the imaginary enemy Azerbaijan Special Forces, destroyed most of the provocateurs, seized various weapons, captured several terrorists and set free the civilians captured by the enemy alive.

An award ceremony was held at the end of the exercises.The ceremony was attended by a group of servicemen of the Armed Forces of the Republic of Turkey participating as observers and instructors.
Speaking at the ceremony about the friendly relations and military cooperation between Azerbaijan and Turkey, Commander of the Combined Arms Army, Colonel General Kerem Mustafayev stressed that the servicemen of the two fraternal countries demonstrate high professionalism, patriotism and fighting spirit not only in the "Indestructible Brothers -2021" joint live-fire tactical exercises but in tactical-special exercises conducted with all types of troops and particularly with special forces as well.
In the end, the servicemen were presented valualble gifts. 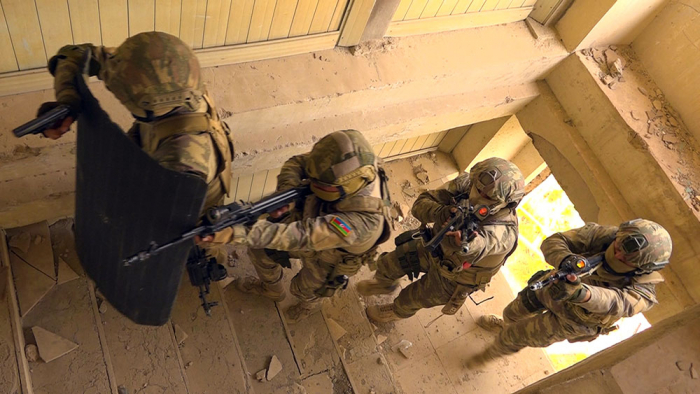