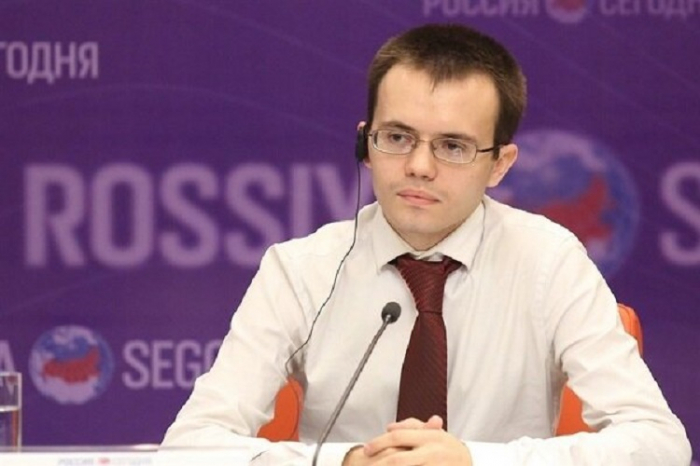 AzVision.az presents an interview with Andrew Korybko, a Moscow-based American political analyst specializing in the relationship between the US strategy in Afro-Eurasia, China’s "One Belt One Road" global vision of New Silk Road connectivity, and Hybrid Warfare.

Q. The November 2020 ceasefire agreement halted the war over Karabakh, but a sustainable peace agreement remains far from reach. Azerbaijan says the Karabakh conflict is now resolved and “in the past,” but this has not translated into magnanimous action toward Armenians. Armenians want the OSCE Minsk group continue its work. How do you see the future scenario of this problem?

A. Armenia hopes to indefinitely freeze the conflict by reviving the moribund OSCE Minsk Group, especially through Yerevan's recent outreaches to Paris. The purpose in doing so is to get influential countries like France (which is under the sway of the Armenian lobby there) and its fellow EU partners to put additional pressure on Azerbaijan to politically compromise on Karabakh. In particular, Armenia wants Baku to extend some form of political autonomy to the areas under the responsibility of Russian peacekeepers as a precondition for progress on a final peace treaty. Azerbaijan, meanwhile, believes that this isn't necessary, and moreover, that neither Yerevan nor any other external party has the right to make demands on how Baku manages its internal affairs.

Q. How would you analyze the situation?

A. This state of affairs is troubling since it shows that Armenia is once again behaving as the most destabilizing force in the South Caucasus region. It hopes to prevent any meaningful progress from being made on fully restoring Baku's writ in the areas of Karabakh that are under the responsibility of Russian peacekeepers. Their mandate is renewable upon all sides' agreement but Armenia thinks that it can meddle in Azerbaijani-Russian relations by encouraging those who remain in that region and are under Yerevan's influence to stubbornly refuse to make any progress on this. The strategy seems to be to provoke some sort of future political problem between those two countries on this pretext which it can then attempt to exploit to its self-interested benefit.

Q: Is there still a role for Minsk group co-chairs - the United States, France, and Russia - in order to have a meaningful impact on the process?

A. In practical terms, the OSCE Minsk Group was replaced by the Moscow-mediated November ceasefire, though the former still legally exists and could thus be revived to an unclear extent by Armenia. After all, France and the US believe that this could serve as a useful vehicle for restoring their regional relevance, which Russia might want to counter but would have difficulty doing due to the OSCE Minsk Group's mandate and its Armenian ally's efforts to play those two off against Moscow in order to enhance its overall position. In other words, the OSCE Minsk Group's role will largely depend on how successful Armenia is in reviving it and to what extent it'll go in this respect considering the political/strategic limitations when it comes to “balancing” Russia.

Q. What do you think about the transport corridor through southern Armenia that is mentioned in the November 9 truce, a link between Azerbaijan's exclave of Naxcivan and the rest of Azerbaijan?

A. This corridor, which Azerbaijan calls the Zangezur Corridor though Armenia refuses to acknowledge it by that name, absolutely must be unblocked per the terms of the Moscow-mediated November ceasefire. Armenia's refusal to do so shows that its leadership cannot be trusted to keep its word, which might heighten Russia's suspicions of its grand strategic intentions. Prime Minister Pashinyan is under lots of ultra-nationalist grassroots pressure though and fears uncontrollable rioting up to the point of a possible Color Revolution against him if he does what he originally promised to do. He'll have to first preemptively thwart this scenario through his security services before unblocking that transport corridor, but it's unclear if they can be trusted to stop this.

Q. What is your advice to the Armenian government on what it should do next?

A. Armenia's international reputation is once on the line since it reflects very poorly on its leadership to have gone back on its word to unblock all regional transport corridors like Prime Minister Pashinyan agreed to do last November. It's also very worrying that the country refuses to seriously countenance a sustainable peace agreement with Azerbaijan and is seeking to pit France and the US against their “fellow” OSCE Minsk Group partner Russia in an attempt to improve its negotiating position. That's very dangerous and goes against the spirit of the November ceasefire. It risks backfiring by provoking another round of hostilities in the worst-case scenario or at the very least intensifying Armenia's diplomatic isolation to the region's economic detriment.

Prime Minister Pashinyan must realize the counterproductive course that he's keeping his country on. He must no longer remain the political hostage of ultra-nationalist grassroots and diaspora forces but should focus on liberating himself from their influence.