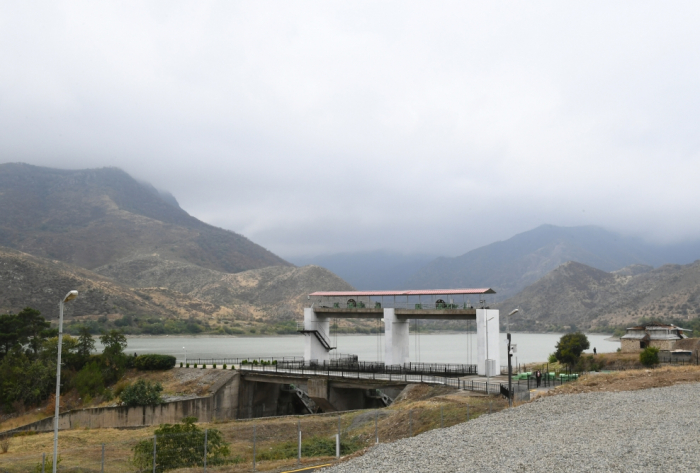 “The importance of Sugovushan settlement is also that it is home to the Sugovushan reservoir. The reservoir is of great strategic importance. This reservoir, along with the Sarsang reservoir, was built on the initiative of great leader Heydar Aliyev in 1976,” he said.

The head of state noted that the main purpose of these reservoirs was to supply water to the regions located outside the administrative boundaries of the former Nagorno-Karabakh Autonomous Region - Tartar, Barda, Aghdam, Goranboy and other districts.

“During the occupation, the contemptible enemy committed environmental terror against us. It was engaged in water terrorism. In fact, a special report on this issue was presented at one of the sessions of the Parliamentary Assembly of the Council of Europe and a resolution was adopted. The Armenian state was blamed for that, and this was our great success. It is no coincidence that after that, Armenian lobby organizations began to pursue a policy of moral terror against the authors of this report,” he added.

The Azerbaijani president stated that during the occupation, Armenians cut off water in the summer and released it in winter.

“In the summer, our villagers and farmers were left without water, while in winter they released the water, causing natural disasters and floods. In other words, it shows again what an ugly enemy we were faced with. They used every opportunity to cause damage to us. As a result of the liberation of the Sugovushan settlement and the re-establishment of control over the reservoir, the Armenian state lost these opportunities. We are in charge here now,” he said.

“This year, water was supplied to Tartar and other districts using the Sugovushan reservoir for the first time in 30 years. As a result of the liberation of this settlement, water has been supplied to 30,000 hectares of land that were not irrigated or were irrigated insufficiently before. The canals are being repaired now. Specific steps are being taken to effectively use the existing water resources in our liberated lands – East Zangazur and Karabakh economic zones – and a very serious program is being implemented. All maps of water sources have already been developed and the construction of new reservoirs is on the agenda,” President Aliyev.