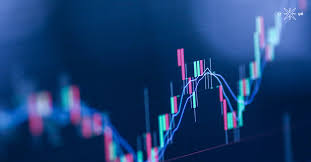 Central banks become concerned and usually start tightening policy, when higher inflation fuels higher inflation expectations among consumers. Current trends suggest that US policymakers have more to worry about than their European counterparts.

Consumer price inflation in the eurozone accelerated further in September to a 13-year high of 3.4% year on year, prompting a wave of alarmed headlines. Annual inflation in the United States stood at 5.3% in August. So, how concerned should European and US policymakers be about a possible prolonged inflationary surge?

In the eurozone at least, the current inflation headlines are to be expected. Experience suggests that an economic crisis leads first to a deflationary scare and then to an inflationary one. In the aftermath of the 2008 global financial crisis, deflationary worries at the bottom of the subsequent recession were followed by an uptick in inflation during the ensuing recovery.

A similar pattern has been evident in the COVID-19 crisis. For part of last year, prices in the eurozone were falling, and the talk was of the pandemic’s lingering deflationary effects.

Some perspective is thus in order. For starters, reported inflation is usually the increase in the consumer price index compared to 12 months ago. Unusually low prices in the preceding year thus distort the figure. Today, this base effect is not merely one factor among many behind the rising inflation numbers; it is key to understanding them, given the low point in the year-earlier period.

The easiest way to look past the temporary price spike created by the 2020 COVID-driven base effect is to calculate inflation over the last 24 months instead of 12. On this basis, the latest eurozone numbers do not suggest strong inflation dynamics: The headline inflation rate (as measured by the Harmonized Index of Consumer Prices) was 3.4 % in September, but the index has risen only by 1.5% per year over the last two years. Likewise, German consumer price inflation was 4.1% in September 2021, a 29-year high, but the index was up only just above 2% per year when measured over a two-year period that bridges the COVID-19 effect.

Headline inflation is also influenced by volatile energy prices. It should therefore not be a surprise that the eurozone’s annual core inflation rate (which strips out energy prices) has been flat in recent years, remaining in a narrow range of around 1-1.5% when measured over two-year intervals.

But there is a clear transatlantic difference, with two-year-based inflation drifting up in the US. American consumer prices have increased by over 3.3% per year on average for the last 24 months. Even the core personal consumption expenditures (PCE) index is now running at over 2.5% during the last two years, clearly above the 1.5-2% range that was common in the previous decade.

Another reason why some fear that inflation may accelerate from these relatively modest levels is the rapid increase in many raw material prices. But this, too, was to be expected in the context of a global recovery.

While crude oil futures prices briefly turned negative at the height of the pandemic-induced financial market turbulence in early 2020, oil is now trading at $70-80 per barrel. A similar roller-coaster pattern occurred after the global financial crisis. Prices of gas futures have soared recently in Europe, but this peak can only be temporary. With prices in European hubs five times the US level, arbitrage with cheaper US shale gas will bring European prices back down over time. Prices of other raw materials, like metals, also tend to jump when the industry recovers.

Higher commodity prices increase headline inflation in the short run, but need not start an inflationary spiral. True, one did develop following the oil-price shocks of the 1970s. But that was because workers and consumers in commodity-importing regions like Europe (and, to a lesser degree, the US) refused to accept the loss of purchasing power resulting from more expensive energy, and demanded higher wages to compensate.

Such a spiral is much less likely to occur today. After all, the commodity-price boom of the early 2000s was not followed by a sustained increase in inflation. This was partly because advanced economies’ energy and raw-material intensity has fallen over time – as Olivier Blanchard and Jordi Gali have argued. Today’s prices for oil and many other commodities appear high relative to last year, but they remain below the peak of 2008.

Leading central banks today resemble ships pushed dangerously close to deflationary cliffs by the COVID-19 shock. Now the wind is changing, and their anti-inflation anchors are slipping. For the European Central Bank, some slippage might be a good thing, because it was previously anchored too close to the shore. But the US Federal Reserve should perhaps now start worrying about drifting into the open sea.

Daniel Gros is a member of the board and a distinguished fellow at the Centre for European Policy Studies.