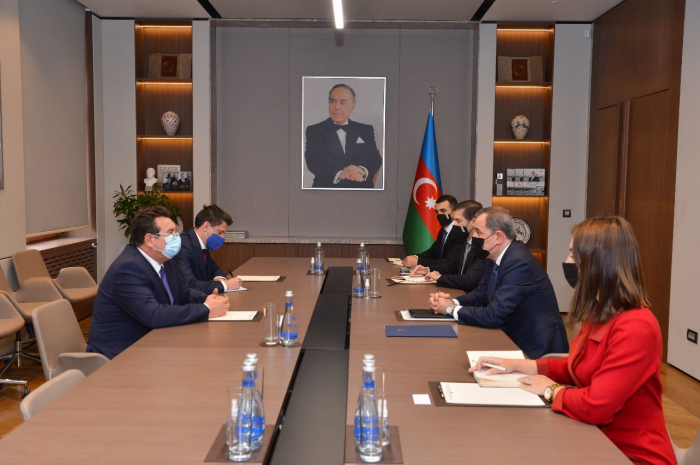 The ambassador presented copies of his credentials to the minister.

Bayramov congratulated the ambassador on his appointment and wished him success in his work.

Noting the close cooperation and strategic partnership between Azerbaijan and Romania, the minister stressed the potential for further development of bilateral relations and noted the need for joint efforts in this direction.

Moreover, Bayramov expressed satisfaction with the cooperation between the two countries, including at international platforms.

The Azerbaijani FM also spoke about the current situation in the region, new realities after the settlement of the conflict, restoration and reconstruction work in the liberated territories, as well as about the existing mine threat.

The importance of fulfilling trilateral statements, opening communications and starting the delimitation process was emphasized.

Soare noted that bilateral relations are based on the principle of respect for the territorial integrity of international law, and this is the principled position of Romania.

The ambassador spoke about the prospects for expanding partnership between the two countries, including in the context of continuing political dialogue, in the field of economics, energy, interaction, as well as in culture, education and other areas.