The official portal of the Federation of Peruvian Journalists published an article of the organization’s vice-president, famous journalist Ricardo Sanchez Serra, who visited Azerbaijan’s territories liberated from Armenian occupation [in the 2020 second Karabakh war], with the commentary of Azerbaijani Foreign Ministry’s spokesperson Leyla Abdullayeva, the Azerbaijani Embassy in Mexico told reporters.

In the interview Abdullayeva said that Azerbaijan attaches great importance to cooperation with the countries of the Latin America both on a bilateral basis and within the framework of international organizations.

According to her, the diplomatic missions of Azerbaijan are functioning in Mexico, Brazil, Argentina, Cuba, Colombia and other countries of Latin America, and Azerbaijan has also received an observer status in the Pacific Alliance Organization.

“Chairing the Non-Aligned Movement, Azerbaijan seeks to promote the Bandung Principles, strengthen the organization's reputation and expand cooperation with other international organizations,” the article noted, citing the spokesperson. “Azerbaijan, as the chairman of the organization, convened a special session of the UN General Assembly, which was dedicated to the fight against the pandemic [of COVID-19]. Due to the country's great contribution to the activities of the Non-Aligned Movement, Azerbaijan's chairmanship in the organization was unanimously extended by the member states for another year.”

The article also emphasized the country's work in the context of the trilateral statement of November 10, 2020 on Karabakh [between Azerbaijani, Russian and Armenian leaders to end the second Karabakh war], which envisages the withdrawal of Armenian troops from the region, the return of internally displaced persons, the opening of communication lines and restoration work, and the need for support of these goals by the OSCE Minsk Group. 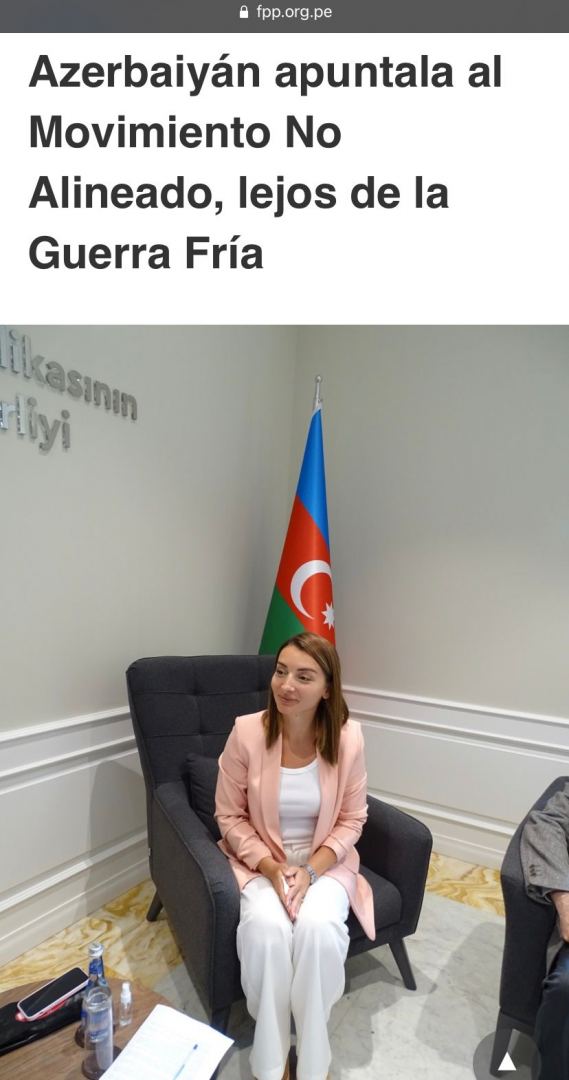