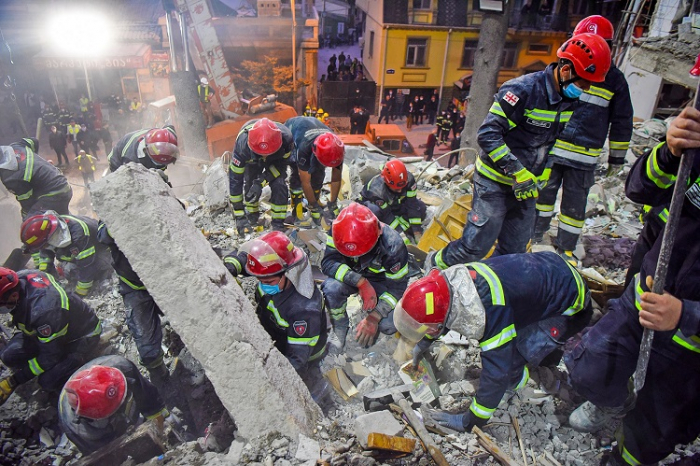 Six people, including two minors, have died following the collapse of a multi-block residential building in the Black Sea town of Batumi, AzVision.az reports citing Agenda.ge.

Based on various media reports, a  named Inga Mekeidze who was initially rescued last night, died in the hospital. Her two minors aged 1 and 9 were found dead in the ruins holding their uncle.

Rescuers continue searching three more people trapped under the ruins of the building on May 26 Street in Batumi.

They have been working on the spot for 24 hours now and have saved two children and one man.

The Interior Ministry has meanwhile detained three, including the owner of the ground floor apartment for illegal construction works causing the building to collapse.

Reportedly the collapse was caused by the violation of construction works that had damaged its retaining wall.