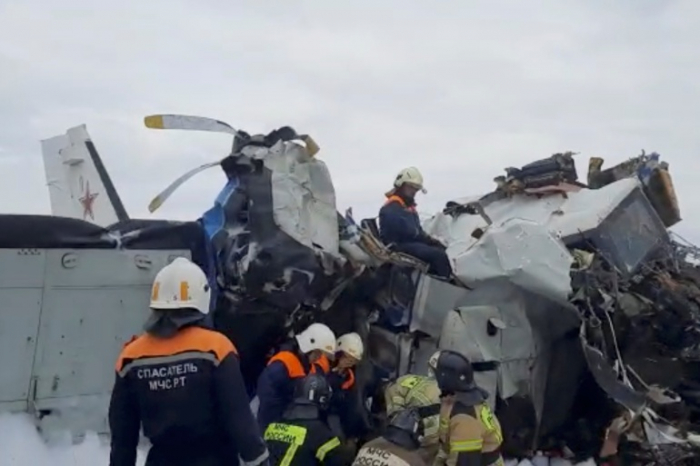 At least 15 people have been killed and seven injured after a plane crashed in Russia’s Tatarstan region, the RIA news agency cited the emergency services as saying.

The plane was carrying a group of parachute jumpers, the emergencies ministry was quoted as saying by the TASS news agency.

Seven people were pulled alive from the wreckage, it said. The remaining 15 are “without signs of life”, a representative of the emergency services told the RIA Novosti news agency.

The plane was a Let L-410 Turbolet, which is a twin-engine short-range transport aircraft. The crash took place at about 9:23am (06:23 GMT).

Images published by the ministry showed the aircraft broken in half with a severely dented nose.

The local health ministry said that the seven survivors are in hospital, one is in “very serious condition”, RIA Novosti reported.