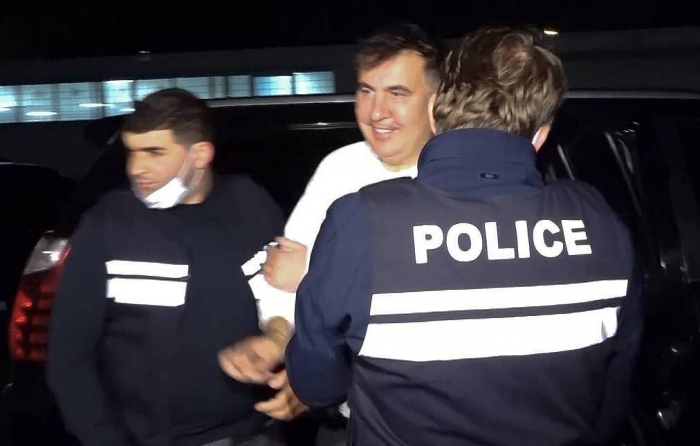 The health condition of Georgian ex-President Mikhail Saakashvili, who has been on a hunger strike in prison since October 1, has deteriorated and he needs to be taken to hospital, his personal doctor Nikoloz Kipshidze said on Sunday, AzVision.az reports citing TASS.

Saakashvili was detained in Georgia on October 1. He is currently being kept in prison in the city of Rustavi. He went on a hunger strike as he claims to be a political prisoner.

Saakashvili was Georgia’s president from January 2004 to November 2013 and left the country several days before the expiration of his office term. Immediately after it, four criminal cases were initiated against him and verdicts were pronounced on two of them. Thus, Saakashvili was sentenced in absentia to three years behind bars on charges of the murder of banker Sandro Girgvliani and to six years in jail on charged of the assault and battery of lawmaker Valery Gelashvili.

In the recent time, Saakashvili, who holds a Ukrainian passport, has been living in Ukraine.