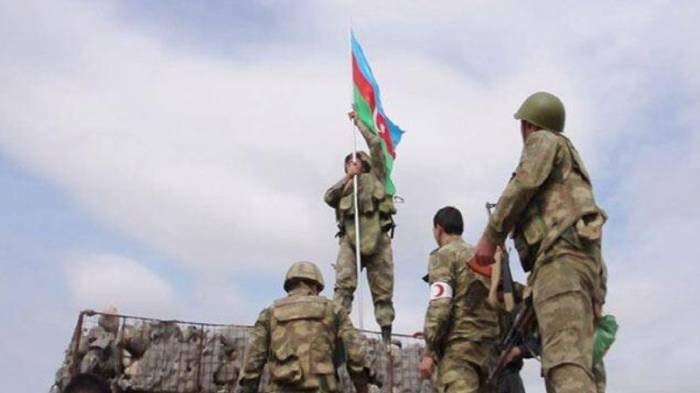 The Azerbaijani Army launched a counter-offensive operation, later called the "Iron Fist", on September 27, 2020 in response to the large-scale provocation of the Armenian armed forces along the frontline, AzVision.az reports.

AzVision.az presents the chronicle of the 15th day of the Second Karabakh War:

- President Ilham Aliyev in connection with the shelling of Ganja: the Azerbaijani side will give a worthy answer to all this!

- President Ilham Aliyev: The missile attack on Ganja was carried out from the Vardenis region of Armenia.

- President Ilham Aliyev: These dishonorable deeds of Armenia can never break the will of the Azerbaijani people.

- First VP Mehriban Aliyeva: I call upon the international community not to remain indifferent to all that happened.

- The Ministry of Defense issued a statement that the information disseminated by the Armenian side about the alleged killing of civilians in Hadrut by Azerbaijani servicemen - a woman and her disabled son - is groundless, not supported by facts and is aimed at misleading the international community.

- The Ministry of Defense issued a statement that the information disseminated by the Armenian side about the missile strikes allegedly inflicted by the Azerbaijani army on settlements in the occupied territories is a lie and disinformation.

- As a result of the next shelling of Ganja by the Armenian Armed Forces, 5 people were killed and 27 were injured.

- Information about the shelling of Baku does not correspond to reality.

- Deputy regiment commander of the Armed Forces of Armenia was destroyed.

- A large number of forces and equipment of the Armenian army were destroyed.

- On October 11, around 08.00, an unmanned aerial vehicle (UAV) of Armenia, which attempted to fly in the Mingachevir direction, was destroyed by the air defense units of Azerbaijan.

- The forces and means of the Armenian Armed Forces, which tried to go on the offensive, were destroyed.

- The Prosecutor General's Office of Azerbaijan reported that as a result of the shelling of Ganja by the Armenian Armed Forces, 7 people were killed and 34 were injured.

- The Armenian Armed Forces fired at an ambulance with a white flag on it, which was picking up the bodies of the Armenian military.

- The death toll in Ganja as a result of rocket attacks from the Armenian Armed Forces has reached 9.

- The Prosecutor General's Office of Azerbaijan reported that since the beginning of the attacks of the Armenian Armed Forces, 41 civilians were killed and 205 civilians were wounded.

- The Azerbaijani Defense Ministry stated that the responsibility for the aggravation of the situation in the region lies entirely with the leadership of Armenia.

- Video of the moment of the missile strike on Ganja was released.