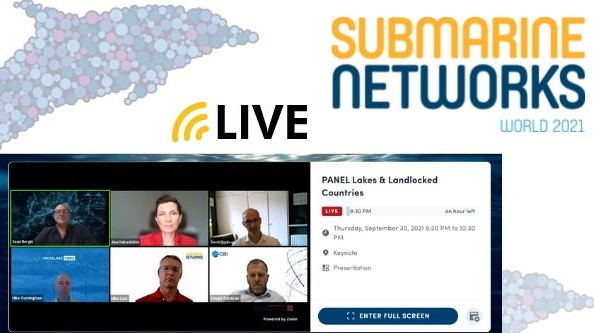 The Digital Silk Way project that envisages the formation of a digital telecommunication corridor connecting Europe to Central and South Asia, and implemented by AzerTelecom, part of NEQSOL Holding, was presented at the “Submarine Networks World 2021” conference on 29 September-01 October in Singapore.

This year an influential conference with the participation of over 100 speakers representing a global subsea community from the world’s leading telecom and tech companies was held in a virtual format.

Ana Nakashidze, CEO of AzerTelecom, participated at the conference as a speaker at panel discussions titled “Lakes & Landlocked Countries” and spoke about the Digital Silk Way project initiated by NEQSOL Holding and implemented by AzerTelecom aimed at the formation of digital telecommunication corridor between the Europe and Asia through Georgia and Azerbaijan.

She touched upon the main difficulties in connecting the landlocked countries and the countries located around the lakes and highlighted the main challenges in project implementation.

According to Ana Nakashidze, the project is of great significance for the entire region as it creates new opportunities in terms of the improvement of connectivity services. “The Digital Silk Way project and its Caspian Sea part component – Trans Caspian Fiber Optic Cable Lines which will be laid under the bottom of the Caspian Sea between Azerbaijan and Central Asian countries will significantly contribute to the increase in data traffic and open up new opportunities for the better internet connection for the whole region”, said Ana Nakashidze.

AzerTelecom is a leading telecommunications wholesale operator in Azerbaijan. The company is a part of NEQSOL Holding, an international group of companies operating across various industries and countries. AzerTelecom connects Azerbaijan with the global Internet network and provides various advanced services to local and foreign companies in the telecommunications sector. The company implements an ambitious “Digital Silk Way” - a digital infrastructure project connecting Europe to Central and South Asia. In 2020, the Global Strategic Infrastructure Leadership Forum held in the US selected the “Digital Silk Way” project as one of the top five infrastructure projects in Asia.

Submarine Networks World is the largest annual event for the global subsea community. Usually held in Singapore, this year the event was held in a virtual format. Delivering an incredible line-up of over 100 speakers and 800 attendees the content was strategically scheduled ensuring attendees from as many time zones as possible can participate live with corporate passes encouraging organizations to bring their entire subsea teams.