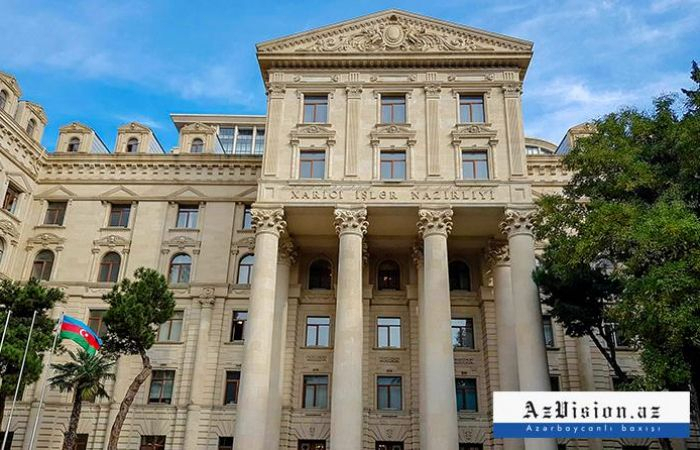 The Iranian Foreign Ministry does not stop conducting a slanderous campaign against Azerbaijan, Spokesperson for the Azerbaijani Ministry of Foreign Affairs Leyla Abdullayeva said, AzVision.az reports.

She was commenting on the interview of Iranian Foreign Minister Hossein Amir Abdollahian on the Lebanese Al-Manar TV channel.

"Unfortunately, the Iranian Foreign Ministry does not stop its slanderous campaign against Azerbaijan. We strongly reject such accusations. Azerbaijan has stated and is now reiterating that there were no terrorists on the territory of the country during the 44-day war. Azerbaijan, as a country that suffered from terror, has never had a place for terrorists," Leyla Abdullayeva said.

"Azerbaijan liberated its lands from the Armenian occupation at the expense of the blood and lives of its martyrs. As President Ilham Aliyev noted, Azerbaijan, which has a powerful army, does not need mercenaries.  Surprisingly, Iran did not make any such accusations during the war, and there was no reason for concern until a new government formed after the war", Abdullayeva highlighted.

Abdullayeva also emphasized that Iran is not going to benefit from this kind of anti-Azerbaijani campaign: "It is clear that the prevention of illegal entry of Iranian trucks into the territory of Azerbaijan and the liberation of Azerbaijani lands from occupation generated these ungrounded accusations. We recommend the ones who want to hunt for terrorists to take a good look around themselves. In October 2020, the Azerbaijani Foreign Ministry provided the diplomatic corps, including the embassy of the Islamic Republic of Iran, with information on the participation of Armenian mercenaries in the fights in Azerbaijan's occupied territories," she added.