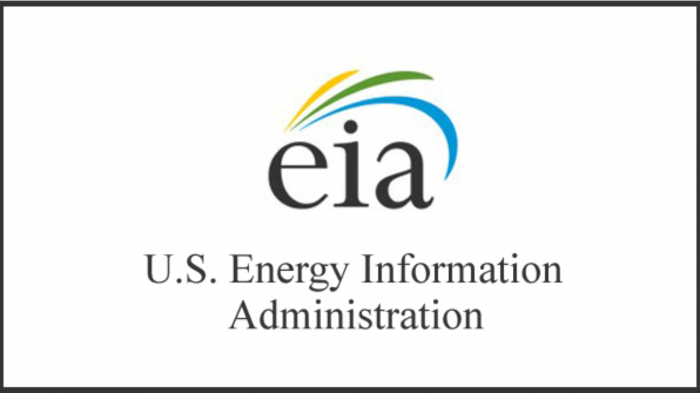 Azerbaijan increased its production of natural gas by 36 percent, or more than 200 billion cubic feet (Bcf), between 2017 and 2019, AzVision.az reports citing the US Energy Information Administration (EIA).

“In addition, a new pipeline connection, completed in October 2020, increased the country’s access to European markets, according to our analysis of Azerbaijan’s energy sector. Much of the growth in Azerbaijan’s natural gas production was driven by the second phase of development of the Shah Deniz natural gas and condensate field. Located offshore in the Caspian Sea, Shah Deniz began production from its first development phase in 2006 and from its second phase in mid-2018. According to BP Azerbaijan, the first phase of Shah Deniz produced around 175 Bcf in the first half of 2018. In the first half of 2021, total Shah Deniz production doubled to around 350 Bcf of natural gas,” reads the EIA review.

To facilitate the export of the increased production at the Shah Deniz field, several international natural gas pipelines were constructed, collectively referred to as Azerbaijan’s Southern Gas Corridor.

The TAP was completed in October 2020, and commercial deliveries began on December 31, 2020.

“With the completion of the TAP, the total length of the three pipelines in the Southern Gas Corridor is around 2,000 miles (3,200 kilometers). According to the Southern Gas Corridor project, the TAP has the capacity to transport approximately 350 Bcf per year, the equivalent of 10 billion cubic meters (Bcm). The increase in production at Shah Deniz and the completion of the TAP allowed for growth in Azerbaijan’s natural gas export volumes and markets. From 2017 to 2019, Azerbaijan’s natural gas exports increased by over 120 Bcf, and the majority of Azerbaijan’s exports went to Turkey and Georgia. Export volumes to Turkey and Georgia have continued to grow through the first half of 2021. In addition, with the completion of the TAP at the end of 2020, Azerbaijan began exporting natural gas to Greece and Italy and smaller volumes to Bulgaria via Greece. The TAP company announced on September 16, 2021, that around 175 Bcf (5 Bcm) of natural gas has already been delivered to Europe through the new TAP.”

EIA notes that the Southern Gas Corridor was built to diversify the European Union’s (EU) natural gas supply and reduce the number of EU countries that have a single supply source. “In 2019, more than 38 percent of total net natural gas imports to the 28 countries in the EU (the 27 current members plus the then-member United Kingdom) came from Russia, according to Eurostat data. For EU-member Bulgaria, Russia supplied more than two-thirds of the country’s natural gas imports in 2019.”