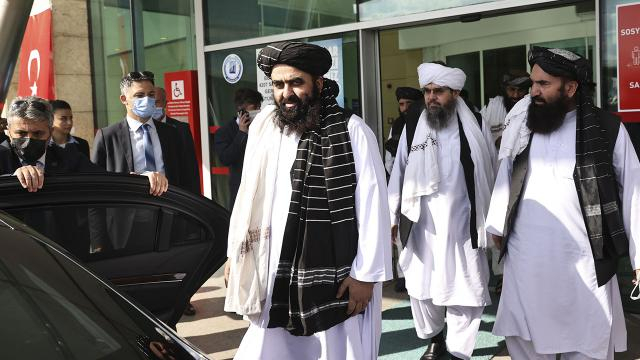 The delegation boarded a plane from the Qatari capital Doha. In a meeting with Western diplomats in Doha on Tuesday, Muttaqi had said that weakening the Afghan government would not benefit anyone as it would have negative economic and migration repercussions for the world.

"The delegation will hold talks with senior Turkish officials on issues of mutual interest," Balkhi said on Twitter.

This marks the first high-level contact between Turkey and the new administration in Afghanistan after the Taliban took power on Aug. 15.

Meanwhile, Dr. Murat Arslan from Istanbul Sebahattin Zaim University, told Turkish broadcaster NTV that Muttaqi’s visit could be seen as one of the Taliban’s efforts to receive recognition, but Turkish officials have highlighted the necessity of an inclusive government.

President Recep Tayyip Erdoğan recently highlighted the importance of an inclusive government in Afghanistan, as he said it was crucial in reaching a deal regarding the operation of the Kabul Hamid Karzai International Airport.