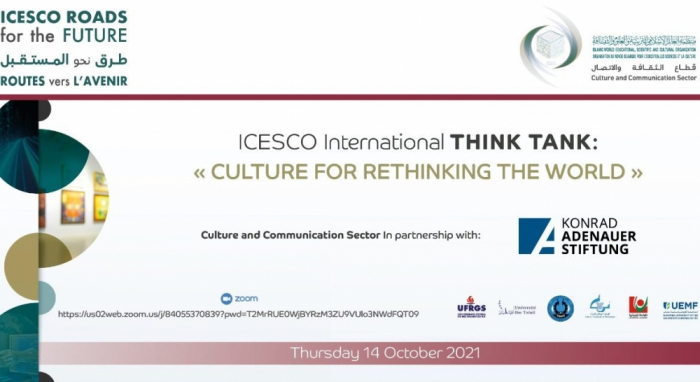 The Islamic World Educational, Scientific and Cultural Organization (ICESCO) has launched ICESCO International Think Tank for Thought, Letters and Arts, under the theme “Culture for Rethinking the World” with high-caliber participation including several ministers, university presidents, professors and specialists in the field.

The platform is an international open-source digital platform that brings together a host of scientists, researchers, and intellectuals from the East, West, Asia, and Africa. It has so far published 58 articles and 36 books.

The think tank aims to promote the work of many digital platforms as part of “ICESCO Roads for the Future Project,” establish contact between intellectuals across the globe and focus on culture and science as a knowledge pillar and a steppingstone for understanding the current political, educational, social and economic phenomena. It also seeks to render culture and knowledge a key lever for humans in light of the unfolding digital transformation and embrace a new cultural and creative approach likely to ensure linguistic and intellectual diversity.