EU urges Iran to go back to nuclear talks 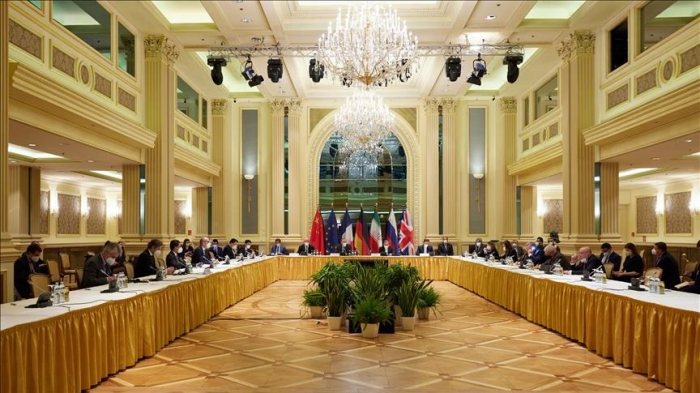 The European Union urged Iran to return quickly to the negotiations on the nuclear deal, the EU foreign policy chief said on Monday.

“We made it clear to the Iranians that the time is not on their side. It is better to go back to the negotiating table,” Josep Borrell told journalists following the meeting of EU foreign ministers in Luxembourg.

“We are at a critical point in time with JCPOA,” he pointed out, referring to the Iran nuclear deal, Joint Comprehensive Plan of Action.

Borrell said that the EU diplomats “are determined to bring the JCPOA on track” and “working hard to get back to Vienna negotiations,” but he insisted that negotiations would not resume on Thursday contrary to some media reports.

Borrell also added that he had a meeting with the recently appointed Iranian foreign minister, Hossein Amir-Abdollahian, on the margins of the UN General Assembly in New York in September, and the European External Action Service sent a new team to Tehran last week to hold talks with their Iranian partners.

The EU diplomacy has made significant efforts to get Iran and US back to the negotiation table since the beginning of the conflict between the two countries.

The last round of negotiations on resuming talks between Tehran and Washington took place in Vienna in June.

The Iran nuclear deal was signed in 2015 by Iran, the US, China, Russia, France, the UK, Germany, and the EU.

Under the agreement, Tehran has committed to limiting its nuclear activity to civilian purposes and in return, world powers agreed to drop their economic sanctions against Iran.​​​​​​​

However, the US, under former President Donald Trump, unilaterally withdrew from the agreement in 2018 and reimposed sanctions on Iran, prompting Tehran to stop complying with the nuclear deal.