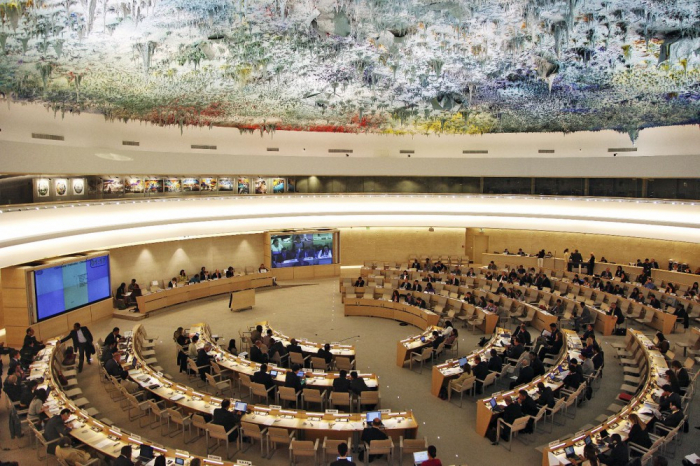 The 69th session of the UN Committee on Economic, Social and Cultural Rights (CESCR) kicked off in Geneva.

The closed-door session will feature discussions on Armenia’s fourth periodic report on the UN International Covenant on Economic, Social and Cultural Rights, as well as on other alternative reports submitted.

Armenia is due to present its fourth periodic report in 2022. The report contains false information about Azerbaijan.  The report presents the Azerbaijani territories that had been under occupation until the end of 2020 as “Artsakh Republic”.

The Citizens' Labor Rights Protection League has won the right to hold a briefing for CESCR members as it prepared an alternative report to Armenia’s fourth periodic report.

The Citizens' Labor Rights Protection League and the Human Rights Education and Research Public Association issued a joint statement at a virtual briefing held for CESCR members on October 20.

The statement reads: “The Republic of Armenia destroyed thousands of historical and cultural monuments belonging to the Azerbaijani people including religious temples, and armenialized some of them by making serious structural changes in its territories and in the territories of Azerbaijan recognized by the UN and the world powers which it occupied in 1990-1993 and controlled until November 2020.

After the liberation of the territories, it was unveiled that 40,000 museum treasures, more than 900 historical and cultural monuments, 403 historical and religious sites, 67 mosques, 144 temples and 192 shrines were destroyed in those areas.

According to the preliminary research, more than 30,000 graves have been excavated. The purpose was to remove the gold teeth of the deceased.  For this purpose, special groups of gold searchers were formed in Armenia and extensive work was carried out to search for gold in cemeteries.

Furthermore, thousands of monuments of historical, cultural and architectural significance on the territory of Armenia have been completely destroyed, and some of them are either armenianized or presented to the reconstructed as belonging to other nations.

Toponyms and acronyms have been completely changed. In 1924-1988 alone, more than 1,000 toponymic names were changed. Some 57 settlements were renamed in 2006 and 21 – in 2007. Earlier, 300 mosques were registered in the territory of present-day Armenia, but today there is only one mosque – the Blue Mosque in Yerevan. This mosque was reconstructed together with the Iranian state and registered as a Persian religious monument.”

The statement was read out by international expert Aytan Babayeva on behalf of the organizations.

The alternative report submitted by the Citizens' Labor Rights Protection League is available on the official website of the UN High Commissioner for Human Rights.