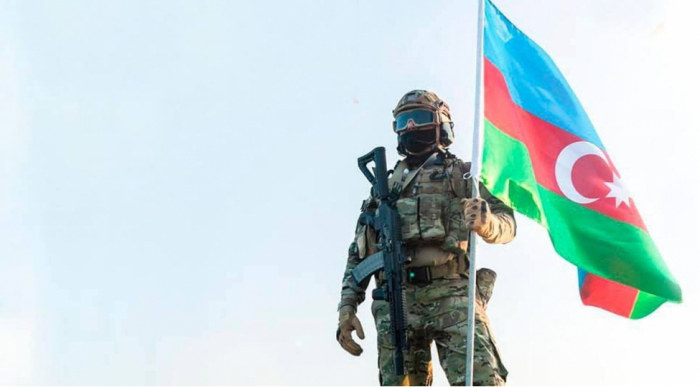 Chronicle of the 27-th day of the second Karabakh war:

- President Ilham Aliyev shared on his official Twitter page about the liberation by the Azerbaijani Army of several villages of the Zangilan, Jabrayil and Gubadli districts, as well as the city of Gubadly from Armenian occupation.

- An operational meeting was held under the leadership of President of Azerbaijan, Supreme Commander-in-Chief Ilham Aliyev at the Central Command Post of the Ministry of Defense with the participation of the ministry’s leadership and commanders of the joint corps located in the frontline.

- During the meeting, President of Azerbaijan, victorious Supreme Commander-in-Chief Ilham Aliyev informed about the liberation by Azerbaijani army of some parts of Kalbajar and Gubadly districts from Armenian occupation.

- President Ilham Aliyev, during the discussions at the UN Security Council, had sent letters to the heads of state and government of the countries supporting Azerbaijan's position.

- President Ilham Aliyev gave an interview to the US Fox News TV channel.

- The Azerbaijani army troops dealt a serious blow to the Armenian Armed Forces in Khojavand, Gubadly and Lachin. The list of destroyed military equipment of Armenia has been announced. The Armenian troops retreated with losses.

- The Azerbaijani army has used high-precision weapons against the Armenian troops.

- The Armenian troops fired on Aghdam, Tartar and Aghjabadi.

- Video footage of liberated villages of Gubadly district has been released.

- Video footage of the destruction of the Armenian firing points has been released. The Armenian troops was forced to retreat with losses.

- Video footage of liberated villages of Jabrayil and Zangilan districts has been released.

- Video footage of the destruction of Armenian military equipment and ammunition has been released.