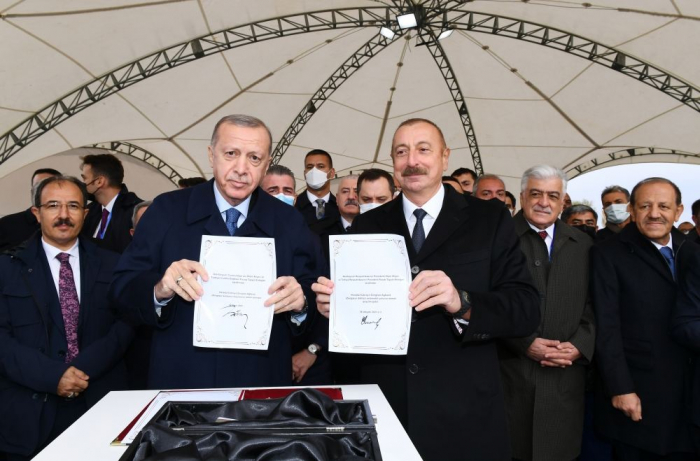 A foundation stone has been laid for the Zangazur corridor-Horadiz-Jabrayil-Zangilan-Aghband highway.

Chairman of the Board of Directors of Azerbaijan Highway State Agency Saleh Mammadov informed the heads of state of the work done.

Saleh Mammadov said: Dear Mr. President, this is the Ahmadbayli-Fuzuli-Shusha road. This road will consist of four to six lanes. The length of the road is 81 kilometers. A 51-km section of the road from the beginning to the 50th kilometer is operated by Azerbaijani companies, and the section from the 50th to the 81st kilometer is operated by Turkish companies Kolin Insaat and Cingiz Insaat. A 6-km long tunnel and seven overpasses will be built in the part where Turkish companies work. The total length of the tunnels is 6,500 meters. At present, the fourth and fifth tunnels at the entrance to Shusha have already been built. One is 431 meters long and the other is 530 meters long.

President Ilham Aliyev: There is also the Lachin-Kalbajar tunnel.

President Ilham Aliyev: What is the total length of the tunnels?

The road the construction of which will begin today is the Zangazur corridor. It will start from where we are standing. This is the first junction. The distance from here to Aghband, to the Armenian border is 123.6 kilometers.

President Recep Tayyip Erdogan: You are going to the Armenian border, aren't you? You will go further.

Saleh Mammadov: Yes, we will move to the other side. With God's help, we will go all the way to Istanbul, to Europe. May Allah protect you.

We also have three tunnels on this road. The total length is 3,610 meters. Currently, a fourth tunnel is being built in Zangilan. Work has already been completed on 160 meters of the tunnel. The whole road in this part is being built by Kalyon. Zangilan Airport is also located on the same road. The 20-km section of the road to the airport is being built by an Azerbaijani company together with Kalyon. Seven junctions connecting district centers with the airport will be built on this road. This junction will be at 0 kilometer of the road the foundation of which has been laid.

This is the six-to-four-lane Ahmadbayli-Fuzuli main road. And this will be the road originating from this junction. It will have several feeder roads and stretch to Nakhchivan through the Zangazur corridor and from there to Istanbul, Inshallah. These are pictures of the construction work on the Ahmadbayli-Fuzuli-Shusha road, the tunnels operated by Cingiz Insaat. The work here is carried out both by blasting and compression.

At present, 45-50 percent of the work in the short tunnels has been completed. This is the work done during construction. We started construction there on the instructions of Mr. President in the winter. These are pictures taken at that time. In general, there have never been 4-6-lane roads in the Karabakh zone. Such roads are being built in Karabakh for the first time. These are the roads built by Kalyon along the Zangazur corridor. There was no life here either. The longest distance from this road to the existing Horadiz road is 1.6 kilometers and the nearest is 200 meters. Great work has been done, and “Kalyon” has done almost 45 percent of the work. In the future, with God's help, you will probably participate in the opening of this road in 2023.

The Azerbaijani and Turkish presidents then laid the foundation stone for the Zangazur corridor-Horadiz-Jabrayil-Zangilan-Aghband highway. 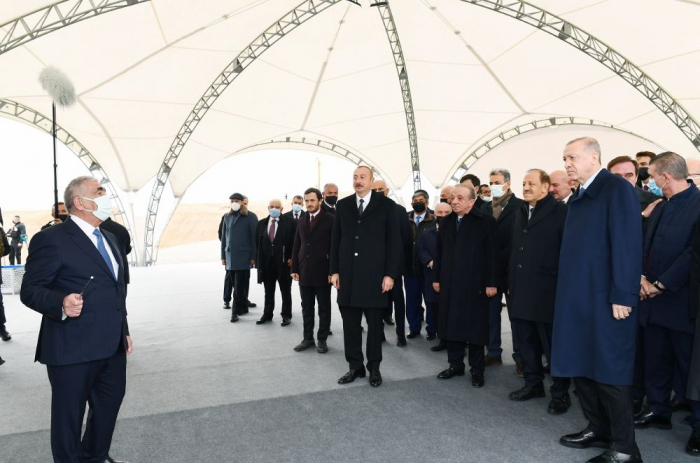 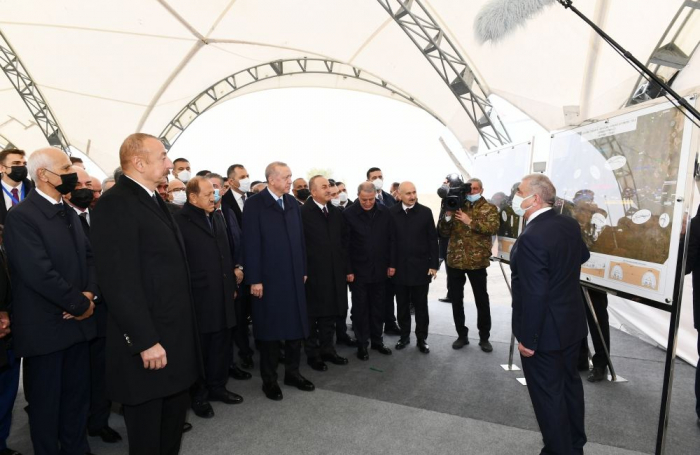 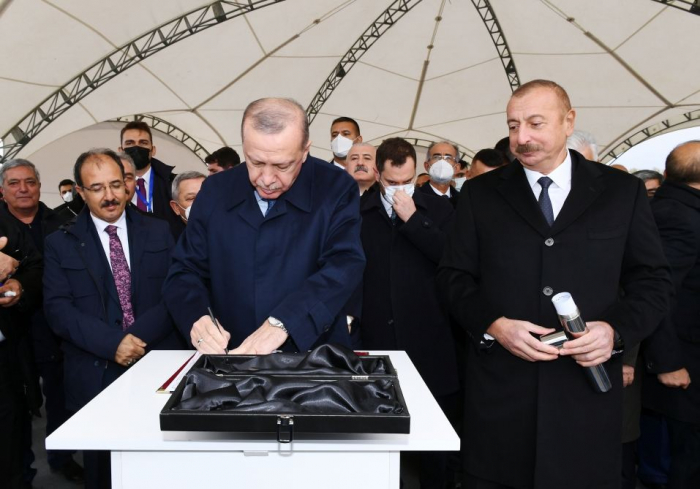 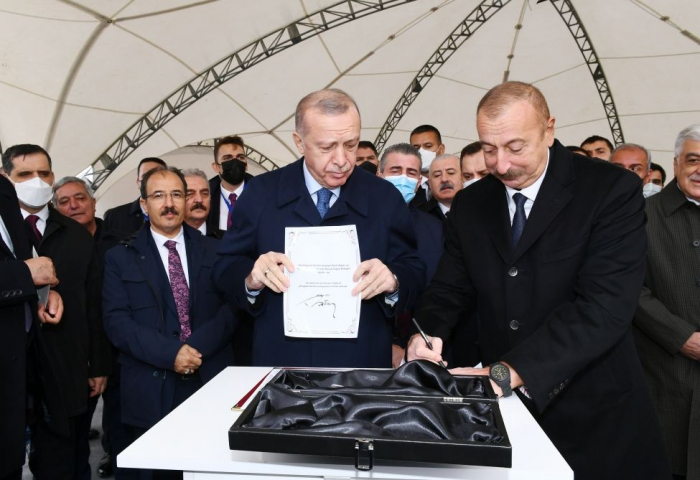 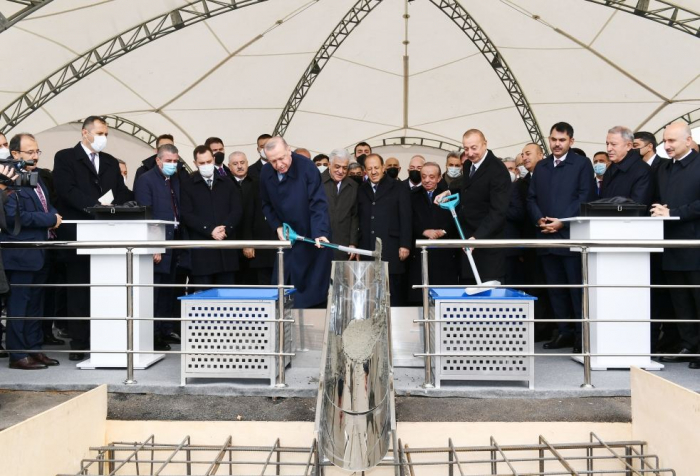