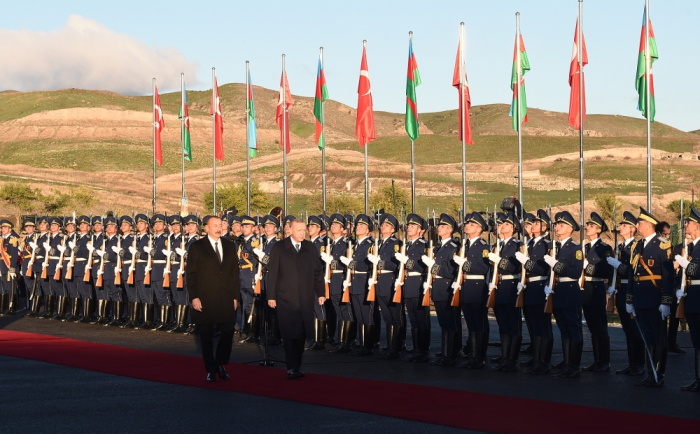 An official welcome ceremony has been held for President of the Republic of Turkey Recep Tayyip Erdogan in Aghali village, Azerbaijan's Zangilan district.

The chief of the guard of honor reported to the Turkish President.

The state anthems of Turkey and Azerbaijan were played.

The guard of honor marched in front of the Azerbaijani President Ilham Aliyev and Turkish President Recep Tayyip Erdogan to the accompaniment of a military march.