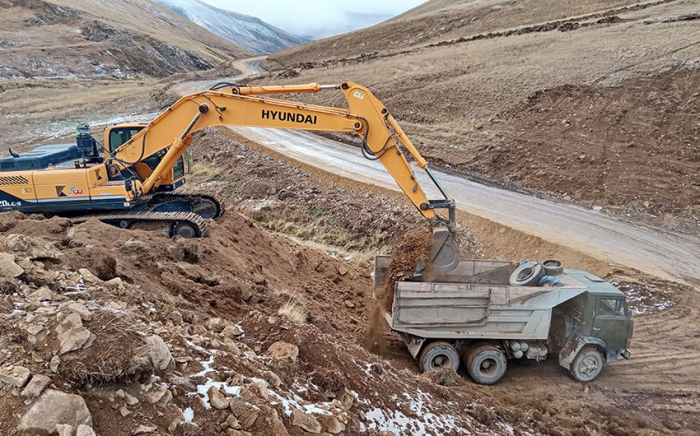 Engineering work continues in Azerbaijan's territories liberated from the Armenian occupation during the second Nagorno-Karabakh war in accordance with the command of the President of Azerbaijan, Supreme Commander-in-Chief of the Armed Forces Ilham Aliyev, AzVision.az reports citing the Ministry of Defense.

In accordance with the instructions of the Supreme Commander-in-Chief, the Engineering Troops closely cooperate with other government agencies to ensure the operation of troops deployed in the liberated Kalbajar and Lachin districts, as well as to restore infrastructure.

In total, more than 580 km of paved highways have been built from the Istisu settlement of Kalbajar district to the Minkend settlement of Lachin district, as well as in other directions along the state border.