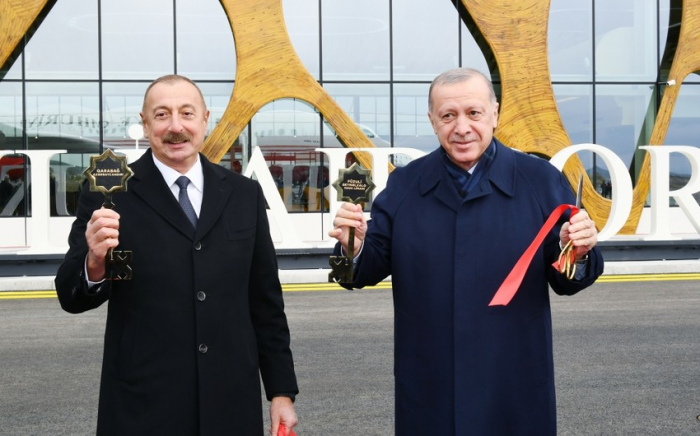 The Fuzuli International Airport is the joint success of Azerbaijan and Turkey, said Azerbaijani President Ilham Aliyev as he made a press statement with his Turkish counterpart Recep Tayyip Erdogan in Zangilan on Tuesday, AzVision.az reports.

“Azerbaijani and Turkish companies participated in the construction of this airport. This is our joint success,” President Aliyev said.

The Azerbaijani leader noted that the construction of the Fuzuli International Airport took only eight months. “This international airport was built in eight months,” he added.