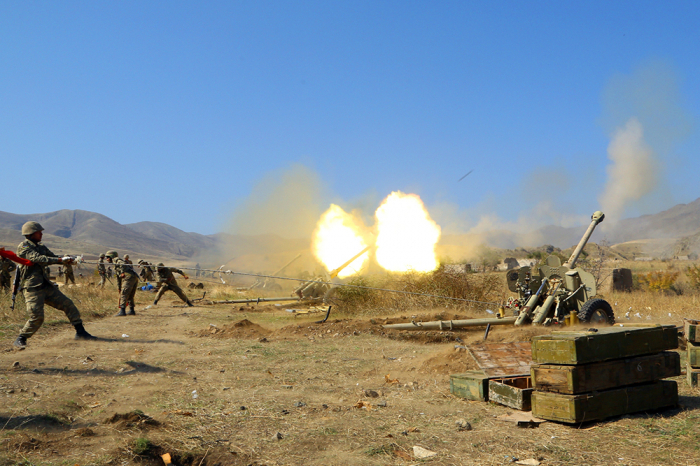 Chronicle of the 32-nd day of the second Karabakh war:

- President Ilham Aliyev has made a post on his official Twitter account that the Azerbaijani Army liberated several villages in Zangilan, Jabrayil and Gubadli districts from the occupiers.

- The territory of Azerbaijan's Tartar district came under artillery fire.

- The list of destroyed military equipment of Armenia has been announced.

- Video footage of the destruction of Armenian military equipment and personnel has been released.

- Death toll in Barda reached 21 and 70 people were injured.

- Azerbaijan’s units destroyed the enemy, who opened fire on Azerbaijani cities and districts. The enemy's manpower was destroyed by accurate fire.

- A video of the moment of Barda's shooting has been spread.