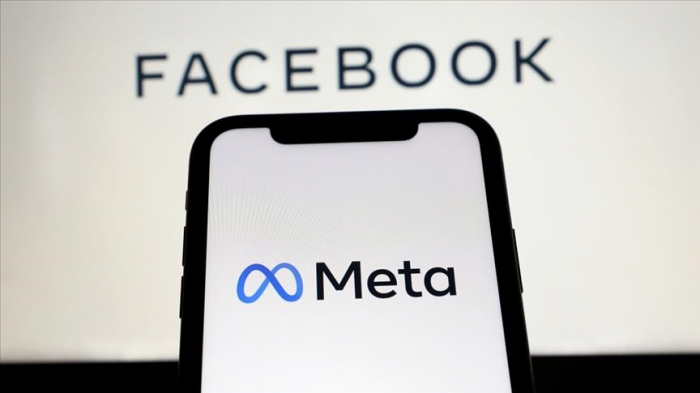 Facebook announced Thursday it is changing its name to Meta as it continues to face a growing litany of controversies, AzVision.az reports citing Anadolu Agency.

CEO Mark Zuckerberg announced the change at a company tech event, noting Meta will unite Facebook's apps and technologies, including Whatsapp, Instagram, Facebook and its Oculus virtual reality division in what he described as a "metaverse."

"Meta’s focus will be to bring the metaverse to life and help people connect, find communities and grow businesses," the firm said in a statement.

"The metaverse will feel like a hybrid of today’s online social experiences, sometimes expanded into three dimensions or projected into the physical world. It will let you share immersive experiences with other people even when you can’t be together — and do things together you couldn’t do in the physical world," it added.

Zuckerberg emphasized the virtual reality nature of the metaverse in a letter shared by Meta, saying, "The next platform will be even more immersive — an embodied internet where you’re in the experience, not just looking at it."

The metaverse, Zuckerberg wrote, "will touch every product we build."

"You’ll move across these experiences on different devices — augmented reality glasses to stay present in the physical world, virtual reality to be fully immersed, and phones and computers to jump in from existing platforms," he said. "This isn’t about spending more time on screens; it’s about making the time we already spend better."

The name change and emphasis on virtual reality come as the company finds itself in the thick of damning revelations being exposed in what has become known as the Facebook Papers.

The trove of documents leaked by a former staffer have exposed repeated instances where the company turned a blind eye to problems its platforms have caused or worsened worldwide, from teenage anxiety and depression to misinformation.

Frances Haugen, the ex-Facebook-product-manager-turned-critic who leaked the internal documents to the Wall Street Journal, told lawmakers on Oct. 5 that "congressional action is needed" to rein in the firm.

"Facebook’s products harm children, stoke division, and weaken our democracy. The company's leadership knows how to make Facebook and Instagram safer, but won't make the necessary changes, because they've put their astronomical profits before people," she said in testimony before the Senate Committee on Commerce, Science, and Transportation.

"The choices being made inside Facebook are disastrous for our children, for our public safety, for our privacy, and for our democracy. And that is why we must demand Facebook make changes," she added.