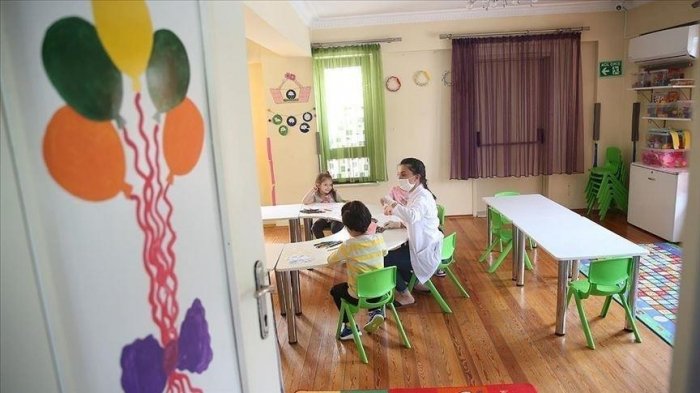 The World Health Organization (WHO) Europe on Friday called for schools to stay open – with appropriate measures in place – as the region reported four straight weeks of growing COVID-19 transmission.

The WHO said the Europe region, extending from Greenland in the northwest to the Russian Far East, accounted for 57% of new cases worldwide in the third week of October.

Last week, with winter approaching, more than half of the European region's 53 countries reported a marked increase in COVID-19 infection rates across all age groups.

While new cases rose 18% in the region, WHO's five other regions reported a decline.

A total of 45 countries and territories recommend that schools remain open for in-person learning with infection prevention and control.

Seven countries opted for full or partial school closures, either at a national or sub-national level, while two recommend distance learning.

WHO Europe said if and when restrictions are imposed to decrease or control transmission, schools should be the last places to shut their doors and the first to reopen.

"To reduce the impact of COVID-19 in the coming months, it is vital that decisions by governments and the public alike are based on data and evidence, with the understanding that the epidemiological situation can change and that our behavior must change with it," said Kluge.

"Science must trump politics; the long-term interests of children must remain a priority, especially now that several countries are seeing a spike in transmission. We have more efficient tools to address this spike than closing schools."

WHO Europe quoted Julie Green, a head teacher who works with children age 4 to 11 in Lancashire, England, who supported Kluge's stance.

"Returning to school with face-to-face learning from their teachers has been the one certainty for many children during an uncertain time," said Green.

"As an educator and a mother, I believe that children learn best in the classroom."

She said the pandemic is not over, and measures to keep children and teachers as safe from the virus as possible must stay in place, but schools should remain open for the sake of children's learning and overall development.

The WHO recommends the use of the Pfizer/BioNTech vaccine for children age 12-17. For children under 12, WHO will issue further guidance on the use of vaccines as and when new evidence from vaccine trials emerges.

To date, 76 million cases of COVID-19, and 1.4 million deaths, have been reported in the WHO European Region.

Worldwide, WHO said it has recorded nearly 245 million confirmed cases of COVID-19 and is approaching 5 million deaths, while 6.69 billion vaccine doses have been administered.