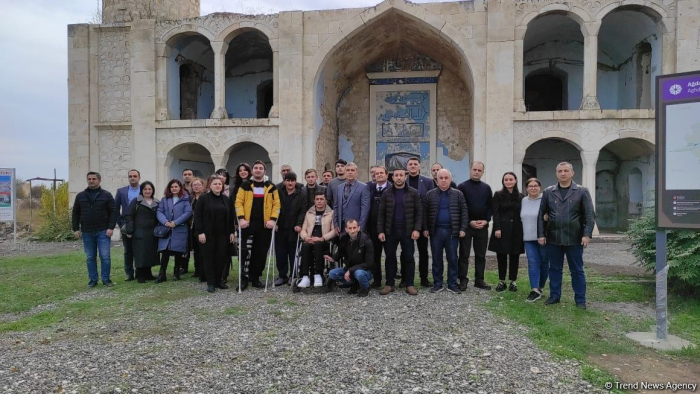 A sports competition has been organized for the first time in the Azerbaijani territories liberated from the Armenian occupation, AzVision.az reports.

The semifinals and finals of fencers among people with disabilities will be held in Azerbaijan’s Aghdam district on Nov. 1, in which those who were voluntarily fighting during the 44-day Armenia-Azerbaijan Karabakh War will participate.

The "Victory Cup" competition is dedicated to November 8 - Victory Day.

The members of the delegation, who came from Baku to Aghdam thanks to the Azerbaijan Wheelchair Fencing Federation, prayed in the Aghdam Juma Mosque.

The final with the participation of those who were voluntarily fighting during the 44-day Karabakh War will be held at the Imarat stadium.

The conditions will be created for the winners of the competition to prepare for participation in the 2024 Summer Paralympics in France.