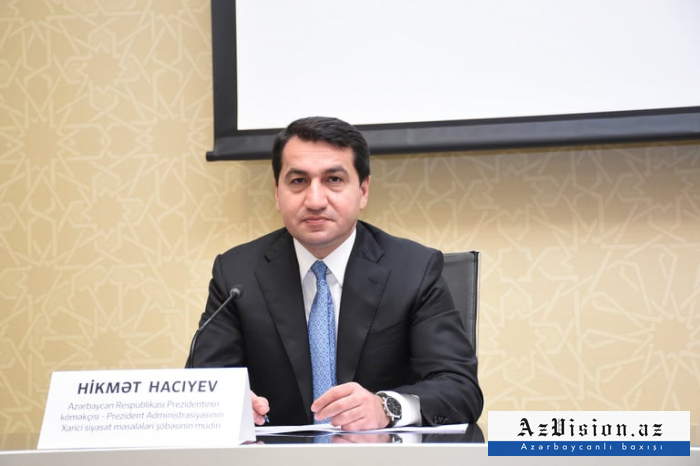 “There is a problem in relations between Armenia and Azerbaijan,” said Hajiyev, stressing that these ties need to be changed.

“Armenia and Azerbaijan must sign a peace agreement. Both countries must recognize the territorial integrity and sovereignty of each other,” he noted.

He stressed that Armenia’s intention to create another state in the South Caucasus has failed.

“The issue that has always been on the agenda was the liberation of the occupied territories. For the first time in the history of independence, Azerbaijan acts as a country whose territorial integrity has been ensured. The Karabakh issue is no longer a foreign policy issue, it is already an internal matter. Armenia must change its doctrine and renounce its territorial claims against Azerbaijan,” the top official added.