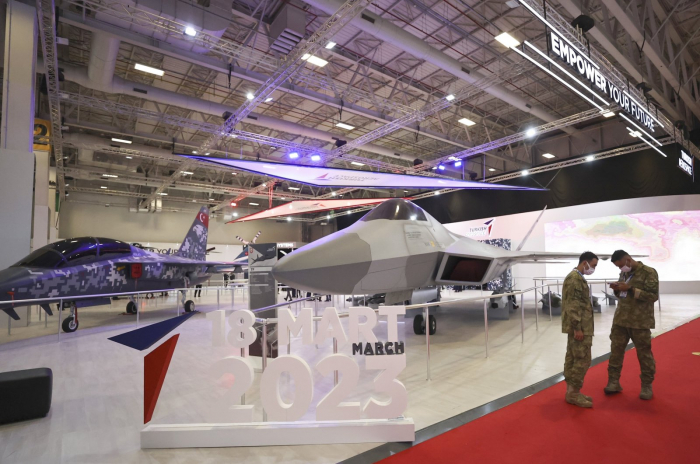 The aircraft will be comprised of nearly 20,000 parts and production is likely to be completed by the end of 2022.

Temel Kotil, CEO of TAI, shared on Twitter that the production of the first part of the MMU had been completed.

“Every step we take for the survival project of our country is very meaningful and valuable for us,” he said.

Kotil also thanked those who “walked the same path by working with enthusiasm and diligence.”

Various local defense and aerospace companies are producing parts and subsystems that will make up the aircraft, though TAI is the main contractor.

The TF-X MMU is a fifth-generation jet with similar features to Lockheed Martin's F-35 Lightning II. The domestically built aircraft is being developed to replace the Turkish air force's F-16 fighters as they are gradually phased out throughout the 2030s.